What is Julie Chen's Net Worth and Salary?

Julie Chen (also known as Julie Chen Moonves) is an American television personality, producer, and news anchor who has a net worth of $30 million. Julie Chen is best known as the host of the CBS reality series "Big Brother" (2000–present), and she was a co-host on "The Talk" from 2010 to 2018. Julie has been married to Les Moonves, the former CEO of CBS, since 2004, and she left "The Talk" in the wake of his sexual harassment scandal.

Julie Chen was born Julie Suzanne Chen on January 6, 1970, in Queens, New York City. Her parents, Wang Ling Chen and David Chen, were Chinese immigrants, and her maternal grandfather was a polygamist who had nine wives and 11 children. Julie grew up with two older sisters, Victoria and Gladys, and she attended St. Francis Preparatory School. After graduating in 1987, Chen enrolled at the University of Southern California, earning a double Bachelors degree in English and Broadcast Journalism in 1991.

In 1990, Julie interned at "CBS Morning News," where she copied faxes and answered phones. One of her fellow interns was Andy Cohen, who would go on to host the Bravo late-night talk show "Watch What Happens Live." In 1991, Chen took a job as a desk assistant at ABC NewsOne, and she was soon promoted to a producer, a position she kept for three years. From 1995 to 1997, Julie worked as a news reporter for WDTN-TV in Dayton, Ohio, and in 1999, she returned to "CBS Morning News" as an anchor. Around this time, she served as both a "CBS Morning News" anchor and a "CBS This Morning" news anchor, and in 2000, she joined "The Early Show" and worked alongside Bryant Gumbel, Hannah Storm, Erica Hill, Harry Smith, Jane Clayson, Maggie Rodriguez, and Rene Syler. Chen was a co-host on "The Early Show" from 2002 to 2010, and after leaving her daily role on the show, she remained as a special contributing anchor until the series was canceled in early 2012. Before becoming an anchor at CBS, Julie worked for NYC's WCBS-TV as a reporter and weekend anchor.

In 2000, Chen began hosting "Big Brother" on CBS, and as of this writing, the reality series has aired more than 780 episodes. From 2018 to 2019, Julie also hosted "Celebrity Big Brother," which featured contestants such as Keshia Knight Pulliam, Shannon Elizabeth, Kato Kaelin, Tom Green, and Ryan Lochte. In 2010, Chen became the moderator of the CBS series "The Talk" as well as a co-host, alongside Sara Gilbert (the show's creator), Leah Remini, Sharon Osbourne, Holly Robinson Peete, and Marissa Jaret Winokur. In September 2018, Julie announced that she was leaving "The Talk," stating in a pre-recorded message, "I have been at 'The Talk' since the day it started nine years ago, and the cast, crew and staff have become family to me over the years. But right now, I need to spend more time at home with my husband and our young son. So I've decided to leave 'The Talk.' I want to thank everyone at the show for the wonderful years together. I will always, always cherish the memories we shared." 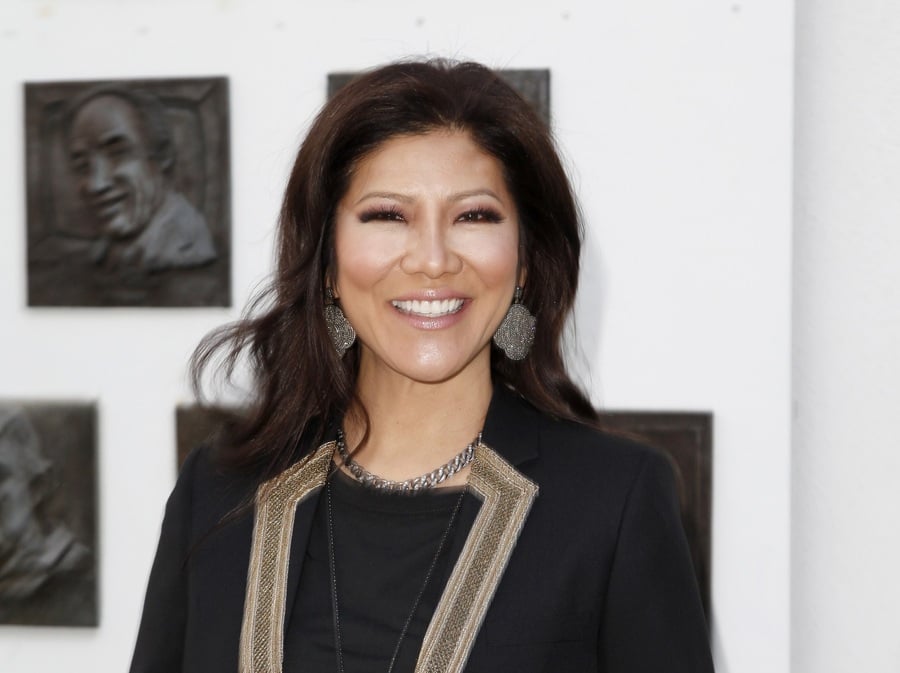 While working as a news assistant at ABC News in 1991, Julie began a relationship with news editor Gary Donahue, and they became engaged in August 2000. They split up before making it to altar, and she reportedly began dating CBS president and CEO Les Moonves before his wife, Nancy Wiesenfeld Moonves, filed for divorce in April 2003. Financial settlement disputes kept delaying the divorce proceedings, but in December 2004, Les convinced the court to grant him an early divorce with child support and alimony to be determined later. Chen and Moonves married on December 23, 2004, in Acapulco, Mexico, and they welcomed son Charlie on September 24, 2009. Julie is also stepmother to Les' three children from his marriage to Nancy.

In 2013, Chen revealed on "The Talk" that early in her career, she had undergone blepharoplasty, a type of eyelid surgery, due to pressure from her news director, who told her, "You will never be on this anchor desk, because you're Chinese…Because of your Asian eyes, I've noticed that when you're on camera, you look disinterested and bored." Julie went on to say that an agent she met with stated, "I cannot represent you unless you get plastic surgery to make your eyes look better." Though Chen's desire to have the surgery divided her family, she said, "I have to live with every decision that I've made. And it got me to where we are today. And I'm not going to look back." After Moonves was accused of sexual misconduct and intimidation by several women (resulting in Les being forced out at CBS and the company denying him his $120 million severance pay), Chen began using her married name professionally. The first instance of this took place on a September 2018 episode of "Big Brother," with Julie signing off, "I'm Julie Chen Moonves. Goodnight."