Josh Klinghoffer net worth: Josh Klinghoffer is an American musician who has a net worth of $10 million dollars. Josh Klinghoffer was born in Los Angeles, California, and began playing guitar in his early teens. He dropped out of high school in order to focus on playing and performing, and got his first taste of fame performing with the group, The Bicycle Thief.

The band recorded one album and opened for the Red Hot Chili Peppers during their "Californication" tour in 2000. Josh Klinghoffer struck up a friendship with John Frusciante, the then-guitarist for the Chili Peppers, and they began writing tracks together. These tracks eventually became Frusciante's solo album, "Shadows Collide with People". He founded his own band, Dot Hacker, in 2008. They have since released one album. In 2007 and 2009, he guest performed with the Red Hot Chili Peppers. In 2009, he also began working with them on their next album, "I'm With You". He officially joined the band in early 2010, and served as their lead guitarist through 2019. 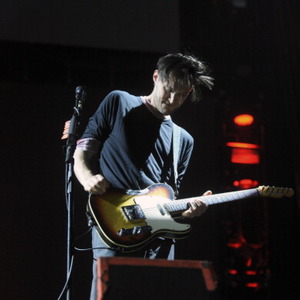