Johnathan Hillstrand net worth: Jonathan Hillstrand is an Alaskan commercial fishing vessel captain who has a net worth of $2.2 million. Jon Hillstrand has earned his net worth as co-captain and co-owner, (along with his brothers) of the crab fishing vessel the Time Bandit that is seen on the Discovery Channel reality show, Deadliest Catch. He was born in Homer, Alaska as a third generation Alaskan fisherman, and has been on commercial fishing vessels since he was 3 years old. He began fishing at the age of 7 and has been commercially fishing crab since the age of 17. When he is not fishing, he works alongside his family on other Hillstrand family businesses including: Time Bandit Fireworks, Time Bandit Spirits, Time Bandit Entertainment, Time Bandit Productions and the Time Bandit Gear Store. He is a NASCAR and NHRA enthusiast and a big fan of the Dallas Cowboys. Jon is known for being the practical joker on the boat. He and his brother Andy (who is the co-Captain of the Time Bandit) appeared on a television commercial for Geico Insurance and at one time were discussing a spinoff show about their boat with the Discovery Channel. During the end of filming Season 6, Hillstrand and other captains featured on the Deadliest Catch were sued by the Discovery Channel in a $3 million lawsuit which almost made them quit the show, meaning they would not be featured in Season 7. The men were concerned at the time of the lawsuit because they were under the impression that the Discovery Channel had filmed everything they needed, but the television executives said they still needed pickup shots. Adding additional filming at this time would have negatively effect the schedules of the fishing vessels and the men put fishing first. In the end, the Discovery Channel and the captains of Time Bandit and Northwestern ended up reaching a deal, and the crews returned to the show; after the death of Captain Phil Harris, the Captain of the Cornelia Marie, the show would not have survived another drastic casting change. 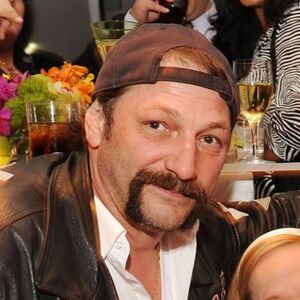