Jonathin Antin net worth: Jonathin Antin is an American businessman and television personality who has a net worth of $10 million dollars. The owner of Jonathan Salon West Hollywood and Jonathan Salon Beverly Hills, Jonathan Antin was also the star of the reality series, "Blow Out". He is a hair stylist to the stars with multiple celebrity clients, including Madonna, Ricky Martin, and Alicia Silverstone.

Antin was born in Los Angeles County, California in August 1967. He is the brother of the Pussycat Dolls founder Robin Antin, as well as director Steve Antin. Jonathin attended the Fairfax Beauty Academy. After school he got a job at a trendy salon in West Hollywood. He worked his way up and eventually purchased the salon. He was noteworthy for charging his clients $500 per haircut. From 2004 to 2006 Antin was featured in the Bravo reality series Blow Out. He owns the Jonathan Salon West Hollywood and the Jonathan Salon Beverly Hills. He has appeared in commercials for American Express and also has worked with Madonna, Kate Bosworth, Rod Stewart, Alicia Silverstone, Tiger Woods, and Ricky Martin. He was a judge in the 2004 Miss Teen USA Pageant. He has appeared on CSI: Crime Scene Investigation and The Biggest Loser. Jonathin married Sescie Antin in 2006 but she filed for divorce in 2011. The couple has two children. He formerly had a hair product line called Jonathan Product. 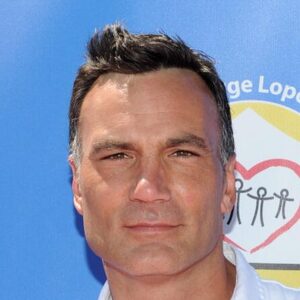