What is John Melendez's Net Worth and Salary?

John Melendez is an American television writer and former radio personality who has a net worth of $5 million. Also known as "Stuttering John," Melendez gained fame after becoming part of "The Howard Stern Show" in 1988. During his 16-year stint on the radio show, John became famous for asking celebrities irritating and disrespectful questions during red carpet events. The assumption was that celebs would feel obligated to answer them, seeing as John had a speech impediment.

After leaving "The Howard Stern Show," Melendez started working as an announcer for "The Tonight Show with Jay Leno." He continued to work with Jay Leno throughout the years before releasing "The Stuttering John Podcast."

John Edward Melendez was born on October 4th of 1965 in Massapequa, New York. Raised on Long Island, John first started to stutter in the second grade after his father subjected him to psychological abuse. Because of his speech impediment, Melendez's high school experience was not a positive one. He was subjected to bullying by local bullies and classmates.

In 1988, John attended film school at New York University and joined a rock band. During his college years, he was roommates with comedian Mitch Fatel. At the time, Fatel was working as an intern on "The Howard Stern Show." When Mitch quit, he recommended Melendez as a replacement. Although Howard Stern was aware of John's stuttering problem, he hired Melendez without meeting him or interviewing him.


John's entertainment career began with "The Howard Stern Show," and he was tasked with answering phones and screening listeners before they were allowed on the air. As time passed, John was given more of a spotlight. Stern tasked him with confronting celebrities at red carpet events, asking them ridiculously inappropriate questions. Celebrities often agreed to the interview because they presumably felt sorry for John's stuttering problem.

Eventually, Melendez became a well-known figure at these red carpet events, and celebs learned to avoid him. In response, John started to wear disguises. Some of his more well-known disguises involved fedoras, overcoats, and fake mustaches. What made these interviews even more hilarious was the fact that John apparently had no knowledge of pop culture. This meant that he was often confused as to why questions (which targeted personal issues) provoked such an angry response from certain celebrities. Some of his most notable interviews were with figures like Ally Sheedy, Ted Williams, Gennifer Flowers, Ringo Starr, and the Dalai Lama.

After Stern's morning radio show spread across America, John gained greater notoriety. At this point, he was paid a salary of $20,000 per year by Stern. As John's antics became well-known to Stern's 15 million records, Melendez also signed a record contract with Atlantic Records and released a self-titled album. During this period, he also appeared on MTV's "Headbangers Ball."

As time went on, John started to venture into the acting world. He appeared in the Off-Broadway show "Tony n' Tina's Wedding" and met his future wife. He also booked roles in movies like "Airheads," "Meet Wally Sparks," "Dude, Where's My Car?," "Osmosis Jones," and "Private Parts." In terms of TV work, John also appeared on shows like "Wings," "Baywatch Nights," and the reality show "I'm a Celebrity… Get Me Out Of Here!"

As Melendez became a more central figure on "The Howard Stern Show," he developed a long-standing feud with Lee Mroszak, an afternoon DJ. This eventually resulted in a boxing match between the two, with John winning in a unanimous decision. In 2003, Melendez was allegedly offered a job by Jay Leno, who wanted to use him as a red carpet correspondent in the same way Stern had done. The job never materialized. 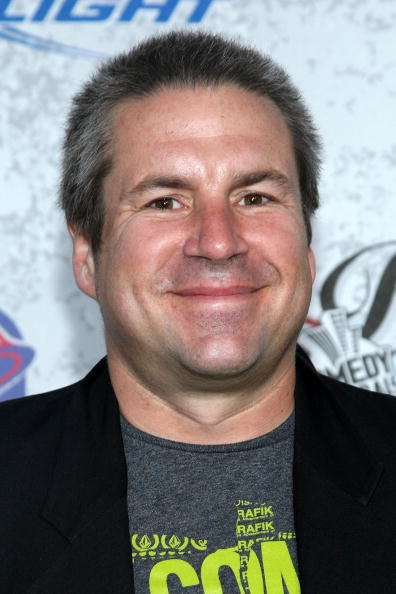 In 2004, Melendez left "The Howard Stern Show" after accepting an offer from Jay Leno to work as an announcer on his show. This created a rift between Howard and John, although it was probably the right time for Melendez to leave. By this point, he was a widely-recognizable figure, and his red carpet interviews didn't really work anymore as a result. Four years later John commented on how low his salary was while working for Stern. This caused an even bigger rift between Stern and Melendez.

After working as a sketch performer and a correspondent for "The Tonight Show," John connected with Leno once again in 2009 with "The Jay Leno Show." Throughout the next few years, he mostly served as a writer for the show. John then worked as an executive producer for "The Stephanie Miller Show" before running for U.S. Senate for California in 2017. He eventually withdrew. In 2018, Melendez launched his podcast, "The Stuttering John Podcast." Also in 2018, Melendez published a book entitled "Easy for You to Say."

In 2001, Melendez was famously slapped by A.J Benza during a live segment of "The Howard Stern Show." This resulted in Benza being banned from the show in the future. In 2018, John claimed that he had been able to contact the president directly by placing a call to Air Force One as part of a prank call during "The Stuttering John Podcast." According to Melendez, he pretended to be New Jersey Senator Robert Menendez and spoke with Trump on a number of subjects, including the Supreme Court. Soon after the call was made, he posted on Twitter that "Secret Service" officers were at his door, asking questions. This security breach was later confirmed by the White House.

Melendez was married to Suzanna Keller, and they had three children together before divorcing in 2012. 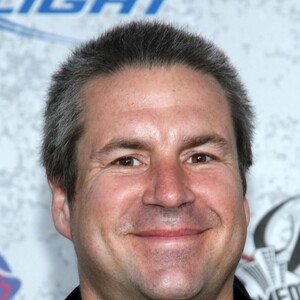