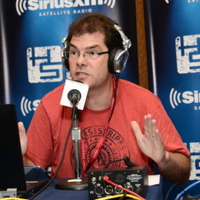 Jon Hein net worth: Jon Hein is an American radio personality and former webmaster, who has a net worth of $2.5 million. Jon Hein is probably most famous for creating the website jumptheshark.com. He also currently works for The Howard Stern Show. Hein attended the University of Michigan and appeared in the sketch comedy troupe Comedy Company with Jon Glaser, the two were also a part of the comedy troupe Just Kidding. Hein sold his company, Jump The Shark, Inc., to Gemstar, the company that owns TV Guide in 2006 for over $1 million dollars. He currently lives on Long Island, New York with his wife and two daughters. Some of The Howard Stern Show staff thought that Hein would make a good host for The Wrap-Up Show with Stern producer Gary Dell'Abate after watching Jon host the Super Fan Roundtable. Although a diabetic, Hein refuses to give up fast food and is up to 255lbs. He admitted during a Stern show that aired on January 17, 2008 that he adjusts his insulin levels to be able to indulge in junk food. Hein is also the co-host of the Friday radio program "Geektime!" occasionally on "What's Worth Watching" and the Fast Food Special with Jon Hein & Jason Kaplan, all shows are featured on Howard 101. Hein began hosting The Bonus Show a weekly comedy special with Rachel Fine on Howard TV, on March 2, 2010. The show contains video clips of behind the scene antics and other never before-seen video clips from The Howard Stern Show. His name became the inspiration behind the popular catch phrase "Hit 'em with the Hein!".