Early Life: Joey Chestnut was born on November 25, 1983 in Vallejo, California. He got his start in the world of competitive eating in 2005 while he was still a student at San Jose State. One of Joey's first major events was an asparagus eating competition. During this competition Joey came in first place after eating nearly six and a half pounds of deep fried asparagus in just 11.5 minutes.

Turning Professional: In 2005 he entered his first, of what would become many, Nathan's Hot Dog Eating Contest. He placed third, having swallowed 32 hot dogs. Sonya Thomas placed second with 37. The winner was Takeru Kobayashi, with 49.

At the 2006 Nathan's event, Kobayashi set the world record with 53 and 3/4ths completed. Joey finished second with 52, which set the US record.

At the 2007 contest Joey took the top prize for the first time with 66 hot dogs, defeating Kobayashi with 63.

Joey's all time record in one competition is 74 hot dogs. 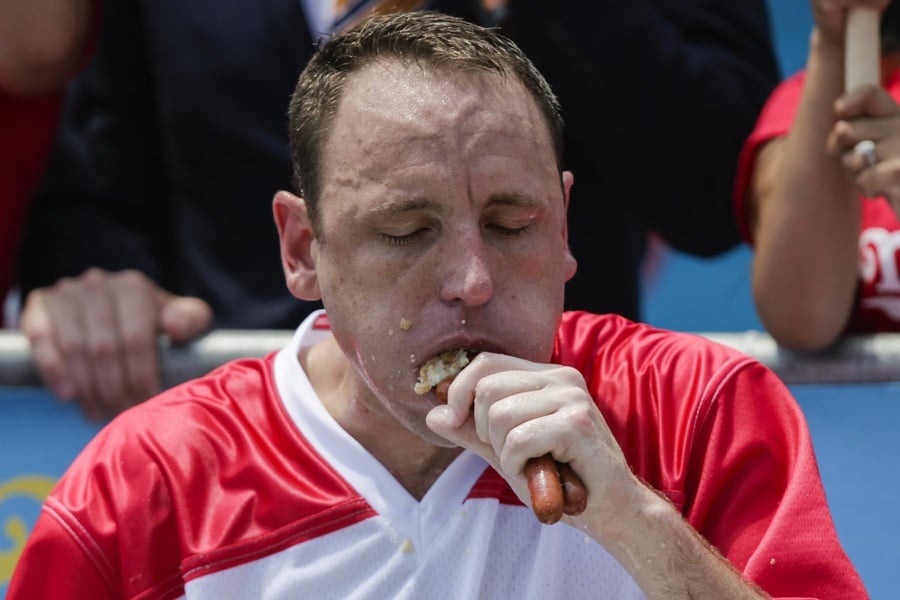 Other Accolades and Records: Competitive eating is a full time job for Joey. He trains all year round by constantly fasting and stretching his stomach with protein supplements, water and milk. Throughout the year, Joey's weight fluctuates between 210 and 225 pounds.

Annual Earnings: The top prize for winning Nathan's is $10,000. Not a ton of money, but it provides by far the most exposure all these athletes will receive throughout the year. A top competitive eater can easily earn $250,000 – $500,000 per year from prize money and sponsorships. Joey's longtime rival Takeru Kobayashi have not competed at Nathan's in recent years ever since Takeru found himself involved in a contract dispute with the Major League Eating organization.

Joey has a line of condiments sold under his name. He sells mustard, dipping sauce, coney sauce, hot sauce and more. 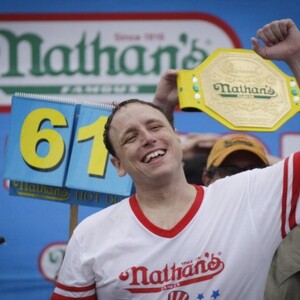