What is Joel Osteen's Net Worth and Salary?

Joel Osteen is an American preacher, televangelist, and author who has a net worth of $100 million. Joel Osteen is most famous for being the pastor of Lakewood Church in Houston, Texas. He has become a somewhat controversial figure due to his personal wealth and general advocacy of the "prosperity gospel." His messages have been criticized for being too focused on individual enrichment and improvement. His mega-church in Houston is 600,000 square-foot former sports stadium that has a 17,000-person seating capacity.

Joel has not taken a salary from his church since 2005. His income and wealth is derived from book advances, book royalties, calendars, speaking fees and other merchandise.

He was born Joel Scott Osteen on March 5, 1963, in Houston, Texas. He is one of six children of John Osteen and Dolores Pilgrim. Osteen also has a half brother from his father's previous marriage, who also lived with the family when Joel was growing up. Joel graduated from Humble High School in 1981 and went on to study radio and television communications at Oral Roberts University in Tulsa, Oklahoma. Osteen did not graduate.

Joel inherited the Lakewood Church and its television ministry from his father, who was a Southern Baptist pastor. He founded Lakewood's television program and produced his father's TV sermons for 17 years. In January 1999, his father John died of a heart attack. Two weeks after his father's passing, Joel took over John's role as a pastor and televangelist, despite having very little formal religious training. In 2003, Lakewood acquired the Compaq Center, which was the former home of the NBA Houston Rockets basketball team. Renovations took 15 months and cost over $105 million. Their grand opening was attended by 56,000 people and included famous guests such as the Governor of Texas, Rick Perry, and Speaker of the House Nancy Pelosi. In 2006, Osteen made it on Barbara Walters's list of 10 Most Fascinating People. By 2008, the church's weekly service TV stream was being viewed in more than 100 countries. Joel and his family were invited to attend the Easter breakfast hosted by President Barack Obama at the White House in 2010.

Since then, the Lakewood Church broadcast has grown exponentially and can be seen in 100 different countries. Joel has expanded both the church and the TV ministry around the globe. The church welcomes more than 50,000 parishioners every week. Osteen's weekly TV sermons are seen by an average of 7 million people per week and 20 million per month. Although he holds no formal degree, he honed his preaching skills to perfection under his father's guidance. As for preparation for his sermons, Osteen memorizes his speeches and then listens back to himself on tape. Osteen has remarked that he tries to teach Biblical principles in a simple and straightforward way, focusing on the power of love and a positive attitude. 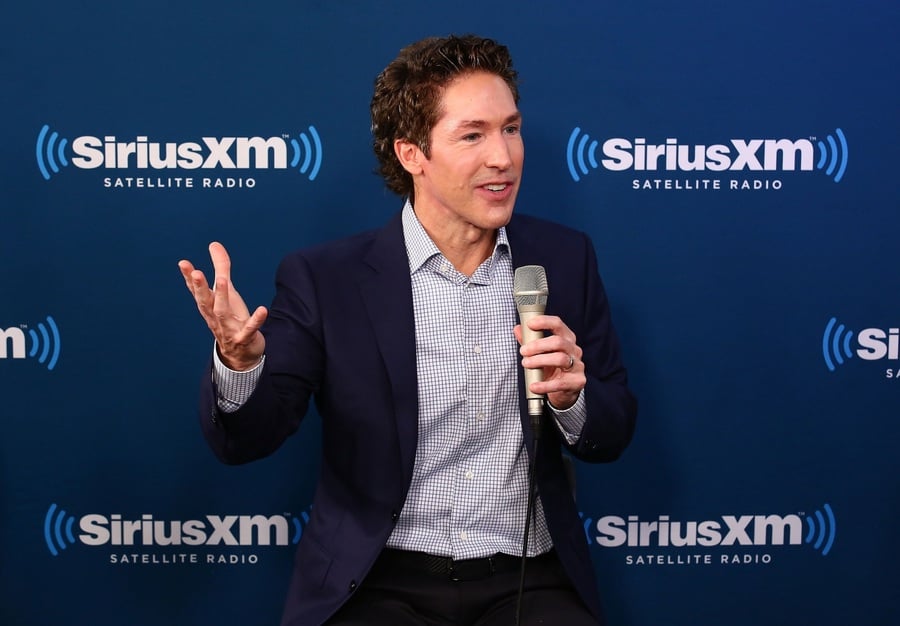 In 2004, Joel wrote his first book "Your Best Life Now." Marketed as a positive-thinking book, it debuted at the top of the New York Times Best Seller list and stayed there for 200 weeks. The popularity of this book and his sermons have allowed Joel to bring his "live at your full potential" message on the road to sold-out sports arenas around the world. His second book, in 2005, "Become A Better You," sold 4 million copies and reportedly earned the pastor more than $13 million in advances and royalties. In 2005, Osteen embarked on a 15-city U.S. tour in support of his book and he preached to large crowds at each spot. John McCain once described Osteen as his favorite inspirational honor. Joel Osteen has written 15 books throughout his career.

Osteen generally avoids preaching about controversial and political issues like gay marriage and abortion, however, he has stated that the church can sometimes overly focus on a single issue to the point of neglecting other issues. He has stated that he does not approve of homophobia. Osteen has also stated his support for Israel. In 2011, Osteen, along with Lakewood Church, was sued for copyright infringement by the band The American Dollar. A judge ruled in favor of Osteen. 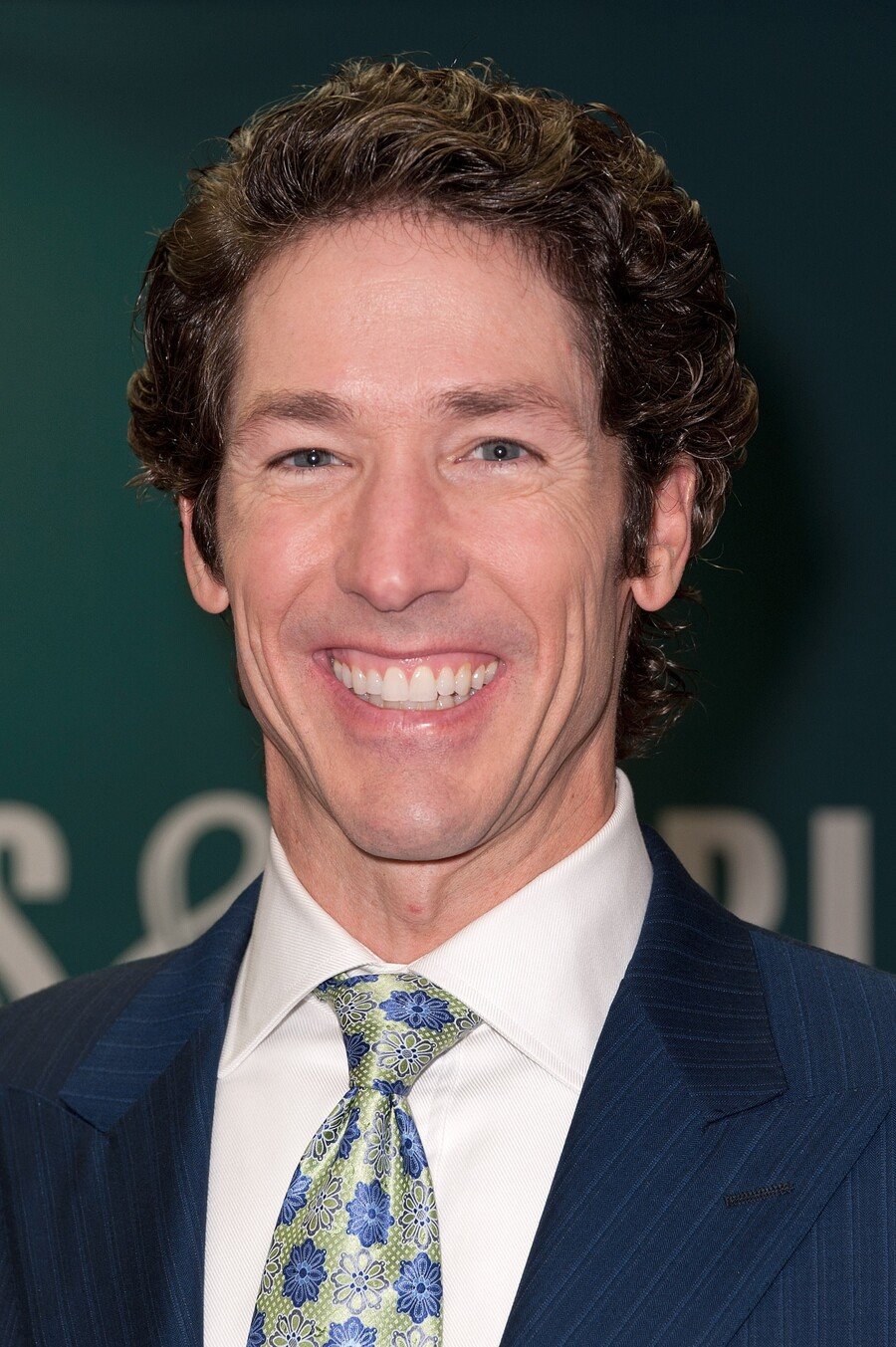 In August 2017, Osteen was strongly criticized for not making Lakewood Church available as an emergency shelter in the immediate aftermath of Hurricane Harvey. The building is a former basketball arena and stands at 606,000 square feet. At first, posts from the church stated that the building was unusable due to severe flooding, however, Osteen countered the announcement by saying that the church had never closed. On the night of August 28th, Lakewood announced they would be open at noon the next day as an available shelter for victims and emergency personnel. A year later, Houston Mayor Sylvester Turner proclaimed a day in honor of Osteen and Lakewood Church's assistance in rebuilding efforts around the city. The mayor stated that Lakewood Church provided assistance to more than 1,150 Houston families and donated $1.1 million for rebuilding materials, as well as putting up 2,500 volunteers from their congregation.

Joel Osteen's book sales, radio show, public speaking fees, and church collection reportedly generate more than $70 million per year in total revenue. When asked about this exceptional income, Joel claims an individual should not feel guilt for possessing lots of material wealth. He instead believes that one needs to simply thank and praise God for the acquired wealth. He claims to take no salary from the church.

Social media detractors like to point out that Joel, his wife Victoria Osteen, and their children live in a 17,000 square-foot mansion in the Houston suburbs. The Osteens reportedly paid $10.5 million for the home in 2010. According to Zillow, the home is worth an $14 – $16 million.

They continue to own a former Houston home, which is worth an estimated $3 million. 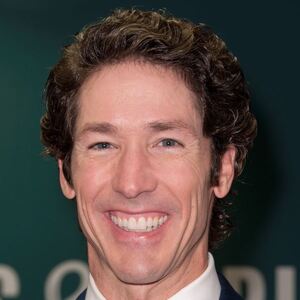