How much is Joe Hachem Worth?

Joe Hachem Net Worth: Joe Hachem is a Lebanese-Australian professional poker player who has a net worth of $16 million dollars. Born March 11, 1966 in Lebanon, Joe Hachem relocated to Melbourne, Australia and became a chiropractor. He was diagnosed with a rare blood disorder in 2002, which affected his hands, and had to give up his career as a chiropractor. Hachem had also been casually playing poker online and in Australian casinos for nearly ten years and during the 2005 World Series of Poker in Las Vegas he made his mark on the sport of poker playing, winning $7.5 million in his first World Poker Tour title at the Bellagio Casino's Five Diamonds Poker Classic. He finished second in the 2006 World Series of Poker and 103rd in the 2009 World Series of Poker. At July 2012, his winnings from poker tournaments had exceeded $11,700,000 and he was ranked ninth in live poker tournament career earnings by The Hendon Mob, a website which tracks tournament poker players. Actor Matt Damon, who starred in the 1998 poker film Rounders, is a fan of Hachem and has even played poker with him. "Poker can bring out the worst in people," Damon reportedly says of Hachem, "but when you see somebody who's just winning with grace and class and dignity, it's nice." Hashem married wife Jeanie in 1989 and they have four children. 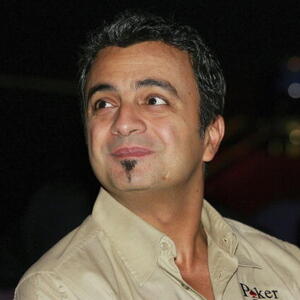