What is Joe Buck's Net Worth and Salary?

Joe Buck is an American sportscaster who has a net worth of $35 million. Buck has worked mostly with Fox Sports over the years as a play-by-play announcer for NFL and MBL games. He is usually Fox's first choice when it comes to serving as the play-by-play announcer for the World Series, and he has taken this role for every World Series except two since 1996. Sportscasting runs in the family, as Joe is the son of famous sportscaster Jack Buck.

Joseph Francis Buck was born on April 25th of 1969 in St. Petersburg, Florida. Growing up, Joe watched his father become heavily involved with the St. Louis Cardinals, acting as an announcer for the team and conducting their spring training in Florida. However, Joe quickly moved back to St. Louis as a small child, and he attended school in this part of Louisiana. After graduating from high school, Buck attended the Indiana University Bloomington.

While still a college student in the late 80s, Buck began his sportscasting career as a play-by-play announcer with the Louisville Redbirds. This minor league affiliate of the Cardinals allowed Joe to get valuable announcing experience. He then started working for ESPN, acting as a reporter for the Triple-A All-Star Game in 1989. By the early 90s, he was working as a reporter for a CBS affiliate.

In addition, he started his radio career by working as an announcer for the Cardinals on KMOX Radio. Joe had many early opportunities because he was able to fill in for his father, who often needed his son to cover for him while he tried to juggle multiple sportscasting commitments.

Joe's big break came when he was hired by Fox Sports in 1994. Soon enough, he was so committed to his work with Fox that he no longer had time to announce Cardinals games. He then became the youngest man in history to announce a regular slate of National Football Games on TV. In 1996, he teamed up with Tim McCarver to become Fox's lead play-by-play voice for MLB games. McCarver had previously worked with Joe's father. Buck later became the youngest man to do a national broadcast for the World Series. Over the course of his career, Joe has used several of his father's famous phrases in an effort to pay homage to the late sportscasting legend.

As his career advanced, he began to call a limited selection of regular-season MLB games each year, usually featuring bigger teams like the Yankees and the Red Sox. He also calls the All-Star Game and the World Series. In 2016, he was teamed up with analyst John Smoltz and field reporter Ken Rosenthal. By 2019, he had racked up 21 World Series games and 20 All-Star Games as an announcer, which is more than any other play-by-play announcer on network television. 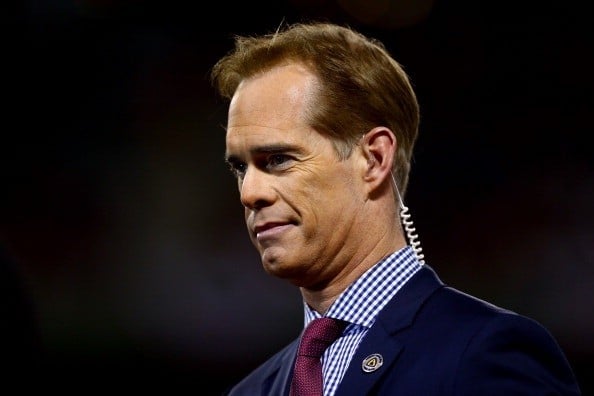 Aside from baseball, Buck has also served as a play-by-play announcer for NFL games with Fox. He was paired with Tim Green soon after arriving in the network in 1994, but he stopped after three years in order to focus on baseball. However, he maintained a loose connection to the NFL over the next few years, often filling in for other announcers.

In 2002, he had enough free time to focus on football more seriously. He replaced Pat Summerall as Fox's preferred play-by-play announcer, working with Troy Aikman and Erin Andrews. This caused him to cut his duties as Cardinals announcer, and he eventually left the franchise altogether in 2008. Over the course of his career, Joe has called several Super Bowls. He also began hosting shows like "Fox NFL Sunday," although he left this job in 2007.

In 2009, HBO Sports offered Joe the chance to host his own show called "Joe Buck Live." The show ended in 2010, with Buck later explaining that it required a lot more work than he initially expected, and that he didn't have time to keep it going. He also very briefly called five minutes of an NHL game in 2013.

For a number of years Joe was under contract with Fox earning a very respectable $6 million per year. Ahead of 2021 he signed a one-year extension with Fox that paid $11 million.

In March 2022 it was reported that Joe had signed a six-year deal with ESPN that was worth between $60 and $75 million. On an annual basis that equates to between $10 and $12.5 million per year.

Joe Buck has supplemented his income with a number of brand endorsements over the years. He has appeared in commercials for brands like Holiday Inn and Budweiser beer. He also uttered the catchphrase "Now that's a good call" in a commercial for National Car Rental.

Buck published an autobiography called "Lucky Bastard" in 2016. He has also appeared on shows like "The Tonight Show Starring Jimmy Fallon," "Jeopardy," and many others.

In 2020, it was revealed that Joe had purchased a home in the St. Louis suburb of Ladue. The residence cost him $4.5 million, and it is modeled after a historic mansion in Old Westbury, New York. With this purchase, Buck set a new record for the most expensive real estate transaction in the area for 2020. With 6,500 square feet and five bedrooms, the mansion is quite expansive. It was originally built in the mid-2000s. Prior to purchasing this home, Buck and his wife sold another home in the area for $3.7 million.

In 2021, it was reported that Joe had sold another home in Ladue for $3.295 million. He and his wife originally purchased the home back in 2013 for $2.36 million. This residence features six private acres of land, 10,269 square feet of living space, six bedrooms, and an outdoor room with a stone fireplace. It is also close to the Bogey Golf Club, one of the most exclusive golf clubs in the area. 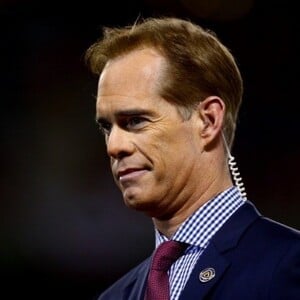