Jionni Lavalle net worth: Jionni Lavalle is an American TV reality star who has a net worth of $200 thousand dollars. Jionni Lavalle is the fiancée of reality show star, Nicole Elizabeth "Snooki" Polizzi, one of the cast members of MTV's immensely popular series, "Jersey Shore". The couple recently announced that they were expecting their first child together. Mr. Lavalle is currently in school and studying towards a degree in education. He intends to become a teacher. He is notable among "Snooki's" long list of boyfriends, because he has apparently become good friends with her family, and does not have any interest in the spotlight, or sharing in the fame that his girlfriend enjoys as a cast member of MTV's most popular series ever. Ms. Polizzi has gone through a number of highly publicized hook-ups and breakups over "The Jersey Shore's" five seasons, but many sources close to the star are pointing to this relationship as one that will last. 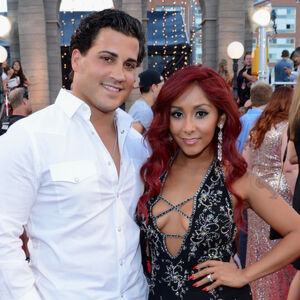