What Is Jillian Reynolds' Net Worth?

Jillian Reynolds was born Jillian Marie Warry on September 26, 1966, in Burlington, Ontario, Canada. She was adopted as an infant and was a victim of sexual abuse during her youth. With the help of a private detective, Reynolds found her biological parents as an adult and learned that she has two sisters. She told "People" magazine in 2009 that she's close to both her biological and adoptive families, adding, "When I spoke with my birth father for the first time, he told me I had sisters – not just half-sisters, but full sisters, since he and my mom had ended up marrying and raising a family. It was a wonderful story. I've been very blessed in that respect. They're great people." Jillian attended Mohawk College in Hamilton, Ontario, and she earned a diploma from the school's two-year broadcast journalism program. Reynolds then worked at several TV stations, such as Montreal's The Weather Network, L.A.'s KTTV, and Miami's WSVN.

In 2000, Jillian was hired by Fox Sports to present the weather on Fox NFL Sunday's pre-game show, and there, she worked alongside Terry Bradshaw, Howie Long, and James Brown. In 2002, she hosted "EX-treme Dating," a syndicated reality show. She worked for "Good Day L.A." from 1995 to 2012, and she was also featured on "Good Day Live," the national version of the series, but she was fired in 2004 after nearly a decade on the show. Reynolds said of the experience, "Getting fired like that was horrible and humbling. I was told I'd be paid out of my contract but couldn't say that I was fired. I slipped a couple of times because I'm not a good liar. But it was hard."

She was an entertainment and weather reporter for Fox Sports during the Super Bowl in 2002, 2005, and 2008, and she co-hosted Fox's "New Years Eve Live 2006" with Regis Philbin. Jillian has graced the covers of magazines such as "Maxim," "Edge," and "Razor," and she has appeared in NutriSystem commercials with Terry Bradshaw and Dan Marino. 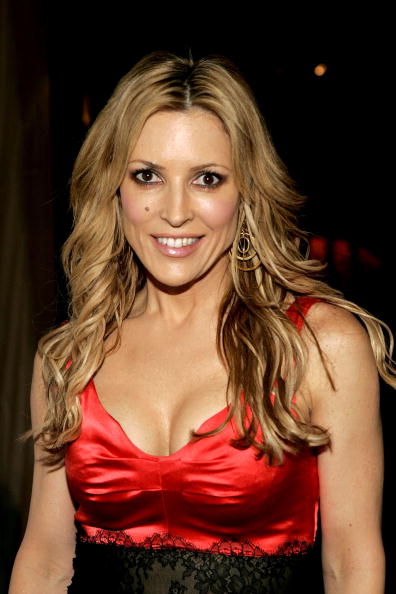 In November 2006, she began co-hosting "That's So Hollywood" on KTTV with Mark Thompson, and in 2009, she hosted Fox Reality Channel's "American Idol Extra" and appeared on that network's "Househusbands of Hollywood," which starred her then-husband, Grant Reynolds. In early 2014, Jillian became a co-host on 790 KABC's "Midday Live" in L.A., and in 2019, the station declined to renew her contract. In 2015, she was a judge on the TBS reality competition "Funny or Die Presents: America's Next Weatherman" alongside Johnny Mountain of KABC and KCBS. From 1999 to 2002, Reynolds had a recurring role as Foxy Levin on Pamela Anderson's syndicated action series "V.I.P.," and she played Joni the weather girl in 10 episodes of the NBC sitcom "Good Morning, Miami" from 2003 to 2004.

Jillian married former professional baseball player Bret Barberie in 1996, and they divorced in October 2002. During an October 2003 interview on "The Howard Stern Show," Reynolds revealed that she is bisexual.

Jillian wed actor/former Marine sniper Grant Reynolds on July 8, 2006, during a wedding ceremony in the backyard of her home. They welcomed daughter Ruby Raven on July 6, 2007, and son Rocco Rio on January 11, 2010, and they divorced in February 2014. Reynolds passed her United States citizenship test on Halloween in 2011, and the following month, she took part in a naturalization ceremony at the Pomona Fairplex.

In late 2018, Jillian was diagnosed with breast cancer. She announced the news on Twitter, writing, "Results back. It's cancer in my right breast but also it has spread to my lymph node. Appointment at Bedford Breast to assess everything. I'm going to be super aggressive and do double mastectomy and they said I need chemo for the lymph. Thanks for coming on this journey with me!" Within two weeks, she underwent a double mastectomy, and she later did chemotherapy and radiation. A September 2021 article on survivornet.com stated that Reynolds was "three years cancer-free." In November 2020, Jillian was honored as one of "Amaré Magazine's" Heroes of Change. In July 2022, Reynolds revealed on Instagram that she was ten months sober, writing, "Almost at the year mark when I will celebrate. I'm grateful. I'm peaceful. I'm reflective. I'm at times shocked at my strength." Jillian enjoys painting, and she has an Instagram account dedicated to her artwork.