Jerry Springer Net Worth and Salary: Jerry Springer is an English-born American television presenter who has a net worth of $60 million. Without a doubt, Jerry Springer is most widely recognized as the host of the tabloid talk show, "The Jerry Springer Show," which began as a political commentary program in 1991 but shifted its focus to tabloid news in the mid-'90s to gain better ratings.

Early Life: He was born Gerald Norman Springer on February 13, 1944, in Highgate, London, England. He was actually born in the London Underground station of Highgate as people were hiding out from German bombing during World War II. His parents were from Germany and escaped the Nazis. Tragically, several of Jerry's family members did eventually die in concentration camps, including his maternal grandmother. His family emigrated to New York in January 1949 and settled in Queens.  Jerry attended Forest Hills High School. He earned his undergraduate degree from Tulane University, then a J.D. from Northwestern University in 1965 and 1968, respectively. While Springer was an undergraduate at Tulane University, he worked for WTUL New Orleans FM, a college radio station, as a broadcaster.

Career: After college, Springer got a job at a law firm in Ohio. He then jump-started a career in politics. He spent a while serving as a campaign adviser to Robert Kennedy. After Kennedy's assassination, Jerry continued to practice law in Cincinnati where he was elected to the city council in 1973. In the meantime, he made his start in broadcasting, mainly as a political commentator and news anchor. Jerry successfully ran to be the 56th Mayor of Cincinnati and ultimately served from 1977-1978. In 1982, he ran for governor of Ohio but did not win his party's nomination.

While he was mayor of Cincinnati, he had featured commentaries called "The Springer Memorandum" on radio station WEBN-FM.  The popularity of these commentaries launched Springer's broadcasting career. The NBC affiliate in Cincinnati, WLWT, hired Springer as a political reporter. When Springer came on board, it was the lowest-rated news program in Cincinnati. Two years later, Springer was the most popular news anchor in the city. He continued to be the most popular anchor for five years. He won 10 local Emmys for his work. 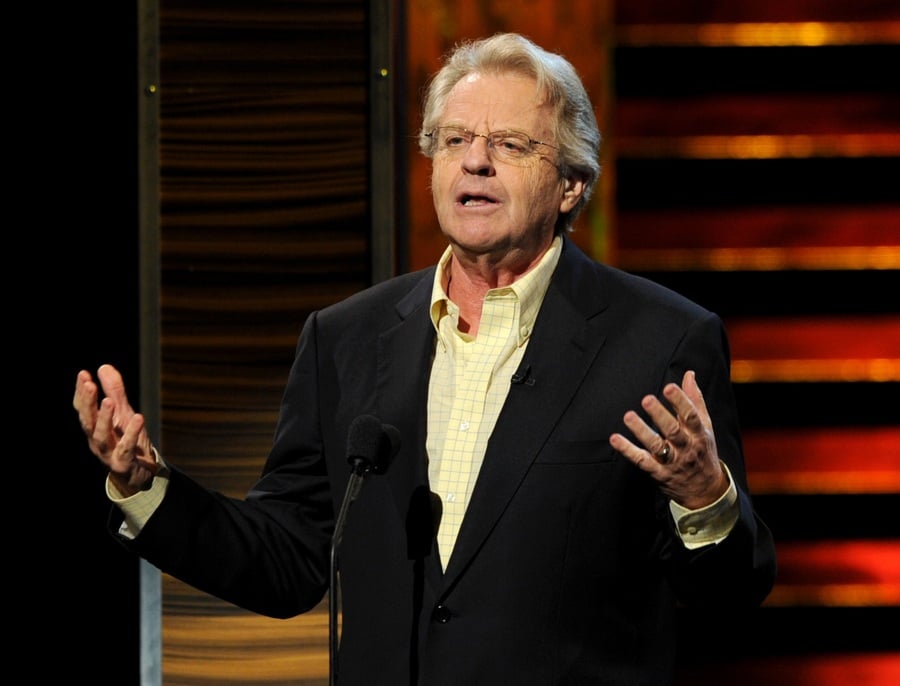 On September 30, 1991, "The Jerry Springer Show" premiered. The show was developed to resemble "The Phil Donahue Show." The show began as a political talk show with guests such as Jesse Jackson and Oliver North. Then, in 1994, Springer and his new producer changed the show's format to more salacious tabloid topics in search of better ratings. Guests were usually confronted by a spouse or family member with a confession to make that led to scripted violence and shouting on stage. This formula worked and by 1998, "The Jerry Springer Show" was beating "Oprah Winfrey Show" in a number of cities.

Springer replaced Regis Philbin as host of "America's Got Talent" for the second and third season of the popular show. When he left, Nick Cannon became the host of "AGT" for the next eight seasons.

Springer's talk show is also popular in the U.K., which led broadcast network ITV to approach Springer about filling in as a co-host of "This Morning with Judy Finnigan" in March 1999. He filled in again in 2000. He also made 12 episodes of a U.K. version of his show, produced by ITV. He filmed "Jerry Springer UK" in the same studio as his American show. Springer also had an ITV series called "Springer" that aired five episodes in May and June 2000 in the U.K. The show was later picked up by the U.K.'s Chanel 5 and renamed "Late Night with Jerry Springer." Two seasons of 16 total episodes ran in 2000 and 2001.

On September 9, 2019, the courtroom show "Judge Jerry" premiered. It was renewed for a second season in early February 2020. "Judge Jerry" is distributed by NBC Universal and is filmed in Stamford, Connecticut.

Personal Life: Springer married Micki Velton in 1973 and had one daughter, Katie Springer (born 1976). They divorced in 1994. Springer tends to keep his personal life private.

He is a New York Yankees fan and occasionally attends their home games.

His audiences at "The Jerry Springer Show" chanted "Jerry, Jerry" during his shows. This practice has continued on "Judge Jerry."

In 2006, Springer appeared on "Dancing with the Stars." He was partnered with Kym Johnson on the third season of the popular show. He reportedly wanted to compete on the show to learn to waltz for his daughter Katie's wedding. He was eliminated in the seventh week of the competition.

On May 16, 2008, Springer delivered the Northwestern University School of Law commencement address. He received a standing ovation from about half the audience and reviews of his speech were generally positive. He later stated that his speech was about "the ethical judgments we all have to make in whatever business we go into."

In 2009, Jerry Springer left Chicago, where he taped his show since 1991, for Stamford, Connecticut.

Springer commuted from his home in Sarasota, Florida to Connecticut to film episodes of "Judge Jerry" every Monday and Tuesday. He also recorded a weekly podcast at another studio in Kentucky. He travels around the U.S. in support of Democratic candidates for political office.

Salary Highlights: At the peak of his show, Jerry Springer's annual salary was $8 million.

Real Estate: Jerry Springer owns a four-bedroom, five-bathroom home on Bird Key, Florida near Sarasota. The home is worth just over $2 million. 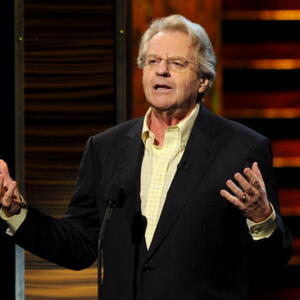