Jeremy Wade is a British biologist, television presenter, extreme angler and writer who has a net worth of $2 million. Jeremy Wade has earned his net worth as an author and for his appearance on the television series River Monsters produced by Icon films. He has a special interest in freshwater fish, and he has traveled around the world fishing for giant freshwater fish.

Wade Was born on May 5, 1960 in Suffolk, England, his father was a vicar and Wade has a degree in zoology from Bristol University and he is also has a postgraduate teaching certificate in biological sciences from the University of Kent. In 2002 on an episode of Jungle Hooks named "Amazonian Giant" filmed in 2002 Jeremy's character struck a blow to the chest of a 170 lb arapaima, which has caused long term heart damage. Jeremy's father was a vicar; he has also worked as a secondary school biology teacher in Kent. Wade has written articles on poaching, fair trade, as well as travel that have been published in magazines and newspapers. He has also written a 336 paged book called River Monsters, which is a tale about obsession, adventure, and some very big fish. This book was published in November of 2011 and also includes 33 color photos and 22 b/w woodcut prints. 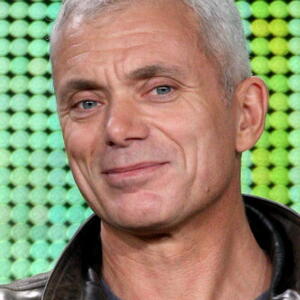