Jeremy London net worth: Jeremy London is an American actor who has a net worth of $300 thousand. Jeremy London is probably most famous for being actor, most notably on the dramas Party of Five and 7th Heaven. London has also appeared on the reality television show Celebrity Rehab with Dr. Drew.

Jeremy Michael London was born in San Diego, California in November 1972. He has an identical twin Jason who is also an actor, and the twins once acted together in an episode of 7th Heaven in 2003. Jeremy also was a stunt double for his brother Jason in The Man in the Moon. Jeremy played the role of "Nathan" on I'll Fly Away from 1991 to 1993 and appeared in the film Mall Rats in 1995. London played "Griffin" for three seasons on Party of Five starting in 1997 and starred in 7th Heaven from 2002 to 2004. He starred in the 2003 film Gods and Generals and has appeared in many other television movies over the years. In 2010-11, he was a part of the show Celebrity Rehab with Dr. Drew where he discussed his addiction to pain killers. He went on to direct his first feature film in 2013 with The Devil's Dozen. Jeremy married Juliet Reeves in 2014 and they have one son. He also has one child with previous wife Melissa Cunningham. In 2015, he and his family appeared on the hit ABC reality series, Celebrity Wife Swap, where he traded lives with Jackie and David Siegel. 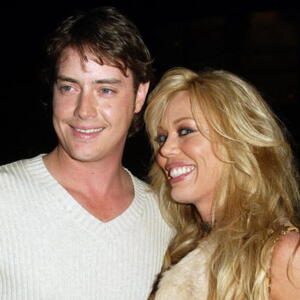