Jennifer Williams net worth: Jennifer Williams is an American reality television personality and real estate broker who has a net worth of $25 million. Jennifer Williams acquired that wealth by selling upscale properties in New Jersey, founding a women's fitness studio, and through her marriage to NBA player, Eric Williams. She is probably best known for being featured on VH1's "Basketball Wives" for the show's first four seasons.

Career: Williams intended to become an attorney, and even joined a law firm before she decided the career path wasn't for her. In 2005 she got her real estate license and sold high-end properties in the New Jersey area. She is an owner of Flirty Girl Fitness. She also launched a lip gloss line called Lucid Cosmetics. Williams went on to open an online fashion boutique called Classy Girl Wardrobe.

Jennifer co-founded Project Save the World, which aims to help fight diseases and end world hunger, as well as to stop the use of fossil fuel and encourage conversion to renewable energy sources. Williams supports many other charities.

She has lived in Boston, San Antonio, Miami Beach, and Toronto. Williams is very popular and active on social media, with her Instagram account sitting at nearly 1 million followers and over 650,000 followers on Twitter.

"Basketball Wives": "Basketball Wives" is a reality TV series that premiered on VHI in April 2010. It chronicles the lives of a group of women who are romantically linked to those in the pro basketball industry. Jennifer Williams starred as a main subject on the show for the first four seasons, with her divorce from Eric being the main arc in season one, along with her famous feud with Evelyn Lozada. She left the show after season four and focused on rebranding herself, making TV appearances, expanding her business, and dealing with the loss of her mother to cancer in December 2015. She had a stint alongside "Queer Eye"'s Karamo Brown in "The Next: 15" an unscripted show which mainly exposed the reality of reality TV.  Jennifer guest-starred in season six of "Basketball Wives" where she and Evelyn put their beef behind them and made up. This opened the doors for Jennifer to come back to the show as a main cast member. She appeared in season 7 in 2018, and appeared as a main star in season 8 in 2019.

Personal Life: Jennifer and Eric are now separated and recently she was seeking $30 million in a settlement from the divorce. They filed for divorce in 2010 and went their separate ways peacefully. She is said to have walked away with a $30 million dollar divorce settlement. After the dust had settled, Jennifer started dating CMG entertainment's Cisco Rosado. The pair dated until their break up in 2014. After her two previous failed relationships, Williams met Tim Norman, the star of OWN's "Welcome to Sweetie Pie's." She ended up filing a domestic violence charge against Tim. He went on to stalk her. The case went to court and Tim was given a 150ft restraining order that he cannot violate or he will face jail time. 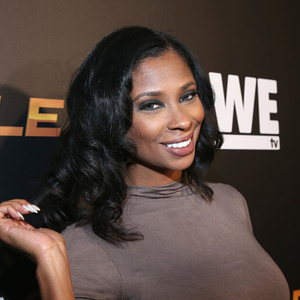