How much is Jennifer Gilbert Worth?

Jennifer Gilbert Net Worth: Jennifer Gilbert is an American entrepreneur, event planner, author, and reality television personality who has a net worth of $18 million dollars. Jennifer Gilbert was born on December 24, 1968. On May 30, 1991—when she was entering a friend's New York City apartment building—a stranger stabbed her with a screwdriver almost 40 times and left her for dead. She was 22 years old. In January 1992, she accepted a job with a small event-planning company in Manhattan and threw herself into her work – Two and a half years after the attack, then-24 year old Gilbert launched her own business, the event planning company Save the Date. Feeling she would never experience joy again, Gilbert surrounded herself with other people's happy moments. Within a few years of its launch, Save the Date was a multimillion-dollar business. Today Gilbert and her New York-based staff of 14 women plan roughly 1,000 events around the country every year for clients such as Bill Gates, Oprah Winfrey, Google and Disney. In 1998, Gilbert won Ernst & Young's "Entrepreneur of the Year" award. In 2002, she married and now has a daughter and twin boys. In 2010 she was a cast member of the Real Housewives of New York City. In 2013, her memoir "I Never Promised You a Goodie Bag: A Memoir of a Life Through Events – the Ones You Plan and the Ones You Don't" was released. 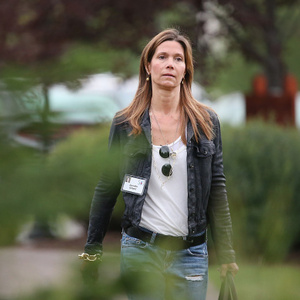