What is Jeff Tremaine's Net Worth?

Jeff Tremaine is an American film and television producer who has a net worth of $45 million. Tremaine is probably best known for being the director of the popular "Jackass" film and television franchise, having first directed the original TV show when it was aired in the early 2000s. He created the show with Johnny Knoxville and Spike Jonze.

Prior to making a name for himself with "Jackass," he was very involved in skateboard and extreme sports culture. He was the editor of the various magazines within these subcultures. After the success of "Jackass," Jeff became heavily involved with MTV-related projects, such as "Rob and Big."

Jeffrey Tremaine was born on September 4th of 1966 in Rockville, Maryland. As a "military brat," Jeff spent a lot of time moving from state to state with his family. During his early years, he became obsessed with skateboarding, BMX, reggae, music, and various other elements of the skateboarding subculture.

After graduating from high school, Jeff attended Washington University in St. Louis, Missouri. He graduated in 1989 with a degree in fine art. During this period, Tremaine flirted briefly with a career in music, fronting a band called "Milk." Although the group was short-lived, it released a single called "The Knife Song," which became quite popular in the skateboarding subculture. This track was featured in the cult-classic "Blind" skateboarding video, and it was later featured once again in "Jackass: The Movie."

Having obtained qualifications as a graphic designer in college, Jeff found work with magazines such as "Big Brother" and "Go." Both of these magazines were quite popular in the skateboarding subculture. Eventually, Tremaine rose to the role of art and editorial director of "Big Brother." It was during his time as art director that he received tapes from Johnny Knoxville with a pitch for a new show. This show would later become "Jackass." During this time, Bam Margera was releasing his own series of popular videos called "CKY," also known as "Camp Kill Yourself." Tremaine contacted Margera and asked him to be part of the "Jackass" crew, and Spike Jonze also became involved in the show's production.

From the show's inception, Tremaine acted as co-creator, director, and executive producer. Initially, "Jackass" was aired on MTV. However, this only lasted a couple of years until 2002, when the show was canceled. Work immediately began on a series of "Jackass" movies, the first of which was released in 2002. Tremaine is credited as the director, producer, and writer of "Jackass: The Movie." During this period, Tremaine was also working on other projects, such as "Wildboyz." This show featured cast members of the original "Jackass" series, and it ran until 2006. Also in 2006, Tremaine acted as the director, producer, and writer once again for the second "Jackass" movie: "Jackass Number Two." 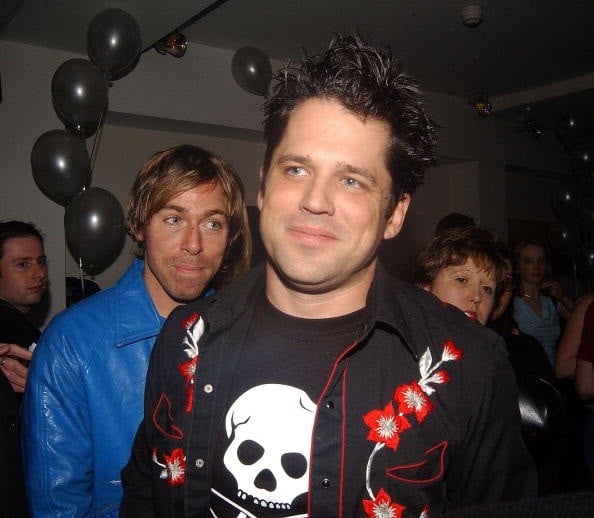 Jeff then refocused on television, co-creating "Rob & Big" while also acting as the executive producer. This show ran until 2008. In 2007, the third "Jackass" movie was released, entitled "Jackass 2.5." He followed up with other TV shows such as "Nitro Circus", and "Rob Dyrdek's Fantasy Factory." During this period, he continued to release movies like "Jackass 3D" and "Jackass 3.5." Further shows included "The Dudesons in America," "Ridiculousness," "Loiter Squad," and "Swerved."

Over the next few years, Tremaine directed and produced movies like "Jackass Presents: Bad Grandpa" and "Jackass Presents: Bad Grandpa.5" Towards the end of the 2020s, he directed another film called "The Dirt." He then acted as the producer for the movie "Bad Trip" in 2021. Around this time, it was announced that he was once again directing, producing, and writing the latest installment of "Jackass," entitled "Jackass 4."

In addition, Jeff is known for producing "Steve-O: Rise and Demise." This documentary aired on MTV, and it focused on Steve-O's struggle with substance abuse. To this day, Steve-O credits Tremaine and Johnny Knoxville for helping him overcome his addiction issues with intervention-based techniques.

Jeff Tremaine is married to Laura Tremaine, who is a podcaster and author. Over the course of their relationship, the couple has welcomed two children into the world.

In 2021, it was reported that Jeff Tremaine had filed a restraining order against Bam Margera. Jeff was prompted to take this course of action after an ongoing dispute over the film "Jackass 4." Bam, a longtime star of the "Jackass" series and movies, publicly criticized Jeff after the director fired him from the movie. Margera had apparently failed to meet his contractual obligations, which included drug testing, breathalyzer tests, and appointments with psychologists. In addition, Bam was required to take several medications.

Margera had previously admitted that he suffered from bipolar disorder. It is unclear whether Bam was actually interfering with the film or harassing Tremaine in any way, but the restraining order was probably intended to ensure a smooth production process in the future. Bam complained of being "shut out" of the movie, and stated that he wrote several ideas for the upcoming film.

In 2010, Jeff and his wife Laura paid $2.1 million for a home in LA's Los Feliz neighborhood. In April of 2021, they paid just under $7 million for a home in LA's Laurel Canyon neighborhood. The home was originally constructed in 1950, and it spans 7,555 square feet of living space. The residence was also once owned by Mickey Rooney, and it boasts six bedrooms. Additional features include French doors, a pool, and a spa. 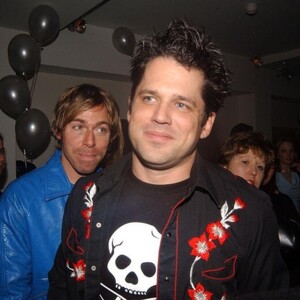