Jeana Keough net worth: Jeana Keough is an American model, actress, television personality, and real estate salesperson who has a net worth of $2.75 million dollars. Jeana Tomasino was born in Milwaukee, Wisconsin in September 1955. She is best known for being a cast member of The Real Housewives of Orange County. She was also a Playboy Playmate of the Month in November 1980.

Jeana was formerly married to Major League Baseball pitcher Matt Keough. They married in 1984 and were finally divorced in 2019. They have three children including Shane who played minor league baseball. During the 80s Jeana appeared on the TV shows Pink Lady, T.J. Hooker, The A-Team, St. Elsewhere, and Cheers. She appeared in a Playboy video magazine in 1983 and occasionally makes promotional appearances for them. She was featured in the ZZ Top music videos for "Legs", "Sharp Dressed Man", "Gimme all Your Loving", and "Sleeping Bag". She starred in Bravo's reality show The Real Housewives of Orange County for five seasons. She was also featured on the Bravo series Thintervention with Jackie Warner. Jeana appeared in 11 films from 1979 to 1984 as Jeana Tomasina. She is a real estate agent with the Realty One Group. 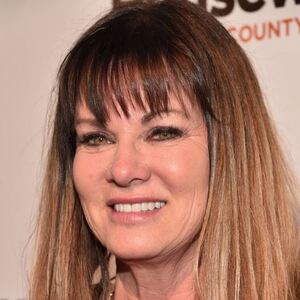