Jay McGraw Net Worth: Jay McGraw is an American businessman who has a net worth of $30 million dollars. He is best known as the son of talk show host Phil McGraw (Dr. Phil) and television personality Robin McGraw. His younger brother Jordan is a musician.

Jay McGraw was born September 12, 1979 Wichita County, Texas. McGraw is a graduate of the University of Texas where he earned a B.S. in psychology. He earned his law degree from Southern Methodist University.

Jay McGraw has written several books aimed at young people. He has also appeared on the Dr. Phil show. McGraw is president and CEO of Stage 29 Productions in Los Angeles, a company he cofounded with his father. He has served as executive producer on several prime-time Dr. Phil specials as well. He appeared as host of Renovate My Family, which aired on Fox. He also executive produced the television series The Doctors.

Soon after marrying Jay and Erica paid $10 million for a home in Calabasas, California. 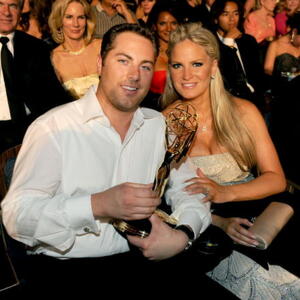