Jason Hoppy net worth: Jason Hoppy is an American reality television star primarily known as the former husband of Bravo star Bethenny Frankel. Jason Hoppy has a net worth of $5 million. Who is Jason Hoppy? Hoppy is a pharmaceutical sales rep and licensed New York City real estate agent. Hoppy and Frankel first met at a New York City nightclub called Tenjune. He infamously told Bethenny at their first encounter to "take the stick of [her] ass". His attitude and confidence impressed Frankel and they began dating immediately after. Bethenny, who is one year older than Jason at 41, gave birth to the couple's first child on May 8th 2010. The child is a girl whom they named Bryn.

What is Jason Hoppy's job/career? Jason Hoppy made the majority of his early fortune as a high end New York City real estate agent. He also spent time as a successful pharmaceutical sales representative up and down the east coast. His early career in sales enabled him to jump start a career in New York's real estate big leagues earning very high commissions and purchasing properties for his own portfolio. Hoppy proposed to Frankel after dating for 11 months. They kept their relationship largely secret until it couldn't be hidden any longer. The two were married in March of 2010 at the Four Seasons hotel in NYC. Unfortunately Jason and Bethenny ended up divorcing in 2016. She separated from Hoppy in 2012 and filed for divorce in 2013. In 2014 a custody agreement was finalized but the actual divorce was not finalized until 2016. Jason Hoppy starred on the reality TV series The Real Housewives of New York City in 2010 and Bethenny Ever After from 2010 to 2011. 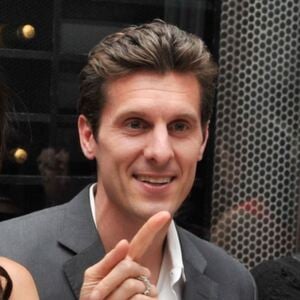