Jason Hawes net worth: Jason Hawes is an American plumber, television host, producer, author and paranormal investigator who has a net worth of $3 million. Jason Hawes is probably most famous for being the founder of The Atlantic Paranormal Society (TAPS), which is located in Warwick, Rhode Island and as a a co-producers/star of the Syfy show Ghost Hunters.

Hawes was born on December 27, 1971 in Canandaigua, New York, Jason and his wife Kris, have five children – three girls and twin boys. He has many interests beyond the paranormal including the fine arts, deep-sea fishing, competing in martial arts, camping, hiking and cooking. He is the author of two books on the paranormal and four sci-fi/thriller screenplays. He and TAPS co-founder Grant Wilson are long-time co-workers and co-owners of the Spalding Inn, based in Whitefield, New Hampshire. Hawes and his partner Wilson are well-known for using their public ghost hunting events and personal appearances to raise money for various charities, such as the Shriners Hospitals for Children and Cure Kids Cancer. In March 2005, Hawes started receiving threatening e-mails, and someone was also sending threatening emails to others using Hawes' name, after help from the FBI Barry Clinton Eckstrom, 51, of Upper St. Clair, Pennsylvania was arrested and sentenced to two years in federal prison in January 2006. 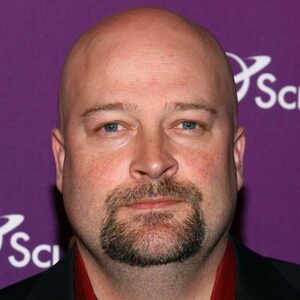