What is Jason Ellis' net worth and salary?

Jason Ellis is a radio host, actor, professional skateboarder, and mixed martial artist, who has a net worth of $8 million. Jason Ellis has earned his net worth primarily thanks to his radio career. He also acted in films, television and was a voice actor in "Tony Hawk's American Wasteland" video game. In 2017, Sirius gave Ellis his own channel called "Faction Talk".

Jason hosted "The Jason Ellis Show" on Sirius XM from 2005 to 2020.Outside of radio, Jason has also made a name for himself in mixed martial arts and is undefeated with a 1-0 mixed martial arts record and 1-0 boxing record. He is also a founding member and singer for Taintstick, a comedy rock metal band, and the host of the annual "Tony Hawk Boom Boom Huckjam". He is known for performing skate demos alongside Tony Hawk. Jason also set the World Guinness World Record for skateboarding, when he made the biggest drop onto a 70 foot ramp in 2001. He was born in Melbourne, Victoria, Australia on October 11, 1971.

What was Jason Ellis' salary at Sirius? $2 million per year 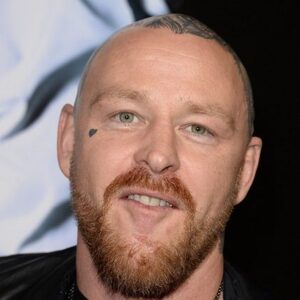