Jamie Cullum Net Worth: Jamie Cullum is an English singer, songwriter, and instrumentalist who has a net worth of $12 million dollars. Born in Rochford, Essex, England, in 1979, Jamie Cullum earned English literature and film studies degrees from the University of Reading. In 1999, he released his debut album, "Jamie Cullum Trio – Heard it All Before", which was self-financed. Cullum had enough money to order 500 copies of the record; today, they sell for a considerable amount of money as a collector's item because of their rarity. In order to drum up exposure for his music, he performed at local pizza places around London. As a result, he's part of a singing competition, The Pizza Express Big Audition with Jamie Cullum, which allows musicians a chance to earn a spot playing at the restaurant's jazz club. His follow-up album, 2002's "Pointless Nostalgic", became a bestseller, and led to his recording contract. Cullum's 2003 "Twentysomething" album became the top selling record by a jazz artist in the U.K. and went platinum. That year, he became the bestselling jazz artist in the history of the U.K. Since 1999, Cullum has released six albums, including 2005's "Catching Tales", 2009's "The Pursuit", and 2013's "Momentum". Cullum has been married to his wife, Sophie Dahl, since 2010. She is the granddaughter of famous author Roald Dahl. They have two children together. 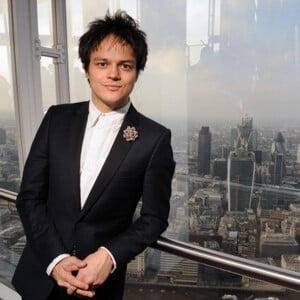