James Jordan net worth: James Jordan is a British ballroom dancer who has a net worth of $2 million. James Jordan was born in Gillingham, Kent, England in April 1978. He is best known for being featured on the reality television series Strictly Come Dancing. Jordan started dancing at 13 years old and dances with his wife Ola Jordan.

James and Ola Jordan married in 2003. James Jordan starred on the TV series Strictly Come Dancing from 2006 to 2013 where he was partnered with celebrity dancers Georgina Bouzova, Gabby Logan, Cherie Lunghi, Zoe Lucker, Pamela Stephenson, Alex Jones, Denise van Outen, and Vanessa Feltz. From 2013 to 2014 Jordan was a panelist on the TV series The Wright Stuff. From 2014 to 2015 he was a contestant on the reality television series Celebrity Big Brother. In January 2017, it was revealed that James Jordan will be a cast member of the British reality TV show Celebrity Big Brother 2017. 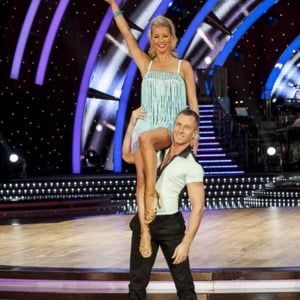