Jake Pavelka net worth: Jake Pavelka is an American pilot and television personality who has a net worth of $700 thousand. An instructor and registered pilot since his early 20s, Jake Pavelka also worked on numerous commercials in Texas before making the leap to reality television. He is most widely recognized for his appearances on the reality shows, "The Bachelorette", "The Bachelor", and "Dancing with the Stars".

Jacob Lynn Pavelka was born in Dallas, Texas in January 1978. He is best known for appearing on The Bachelor. At 12 years old Jake started taking flying lessons and became a flight instructor in 2001. By 23 he had become an airline captain. He worked for Atlantic Southeast Airlines and also acted in several commercials. In 2009 Jake became a contestant on The Bachelorette. Although he did not win, ABC made his the star of The Bachelor in 2010. He selected Vienna Girardi and proposed to her on the show's finale. The couple ended up splitting up later that year. In 2010 he was a contestant on Dancing with the Stars. In 2011 he became a contestant on ABC's Bachelor Pad. He was also on the VH1 reality show Famous Food and the CW show H8R. He is scheduled to be a contestant on Food Network's Rachael vs. Guy: Celebrity Cook-Off in 2014. Jake has appeared on Walker, Texas Ranger, Drop Dead Diva, and The Bold and the Beautiful. 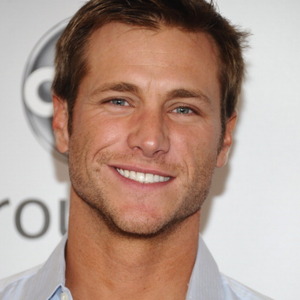