What is Ivanka Trump's Net Worth?

Ivanka Trump is an American businesswoman, writer, heiress, and former model who has a combined net worth with her husband Jared Kushner of $800 million. She is the daughter of President Donald Trump.

Ivana Marie "Ivanka" Trump was born in Manhattan, New York City, on October 30, 1981. She is the second child of Ivana and Donald Trump, and is better known by her nickname "Ivanka". Her parents divorced in 1992 when she was ten years old. She has two brothers, a half-sister, and a half-brother, all through her father.

Trump graduated from the boarding school Choate Rosemary Hall in Wallingford, Connecticut, in 2000. She attended Georgetown University for two years before transferring to the Wharton School at the University of Pennsylvania, graduating in 2004 with a B.A. in economics.

While she was a teenager still attending boarding school, she modeled on the weekends and during holidays for brands such as Tommy Hilfiger, Sasson Jeans, Versace, Marc Bouwer, and Thierry Mugler.

Before joining the Trump Organization, the family business, Trump worked for Forest City Enterprises. She also joined forces with Dynamic Diamond Corp., a diamond trading company to design a line of jewelry named Ivanka Trump Fine Jewelry. The brand's first flagship retail store, aptly named Ivanka Trump on Madison Avenue, was in Manhattan, although it later moved to the fashionable SoHo district in NYC, before closing in 2015. She later released her own line of handbags and footwear, sold through major U.S. and Canadian department stores such as Macy's and Hudson's Bay. Within a few years of launching, her retail line was generating north of $75 million per year in revenue. She followed up with a line of women's work wear which quickly hit $100 million in annual revenue. Ivanka licensed her name for these deals, and in return received a 7% cut of the wholesale revenues. This resulted in around $10 million per year in pre-tax earnings at her peak. She shuttered the lines in 2018 due to lagging sales.

In 2015, Trump publicly endorsed her father's presidential campaign. In January 2017, Trump resigned from her position at the Trump Organization. In March 2017, she was appointed to the position "First Daughter and Senior Advisor to the Present", and is officially a government employee, although she takes no salary. She has gone on to support her father's administration and participate in official trips such as the first W20 women's summit in 2017, the 2019 G20 Osaka summit, and talks between her father and North Korean leader Kim Jong-Un in June 2019. She also led a U.S. delegation to India in the fall of 2017 in global support of women's entrepreneurship. In 2019, she launched her "Women's Global Development and Prosperity Initiative". For this initiative, she has traveled to places like Ethiopia, Ivory Coast, Argentina, Colombia, Paraguay, and Morocco. She also promoted the initiative at the 74th United Nations General Assembly.

Television and Other Projects

In 2006, Trump filled in for Carolyn Kepcher on five episodes of her father's television program "The Apprentice 5", and went on to replace Kepcher as a primary boardroom judge during "The Apprentice 6" and "The Celebrity Apprentice". She hosted the Miss Teen USA Pageant in 1997 and has appeared on many television talk shows. She was once offered a spot on show "The Bachelorette" but declined.

Trump has authored two books: "The Trump Card: Playing to Win in Work and Life" (2009), and "Women Who Work: Rewriting the Rules for Success" (2017). After she was appointed advisor to the president, Trump announced she would be donating the unpaid half of the advance payments for "Women Who Work" to the National Urban League and the Boys and Girls Clubs of America. Other charities she supports include Chai Lifeline and United Hatzalah. 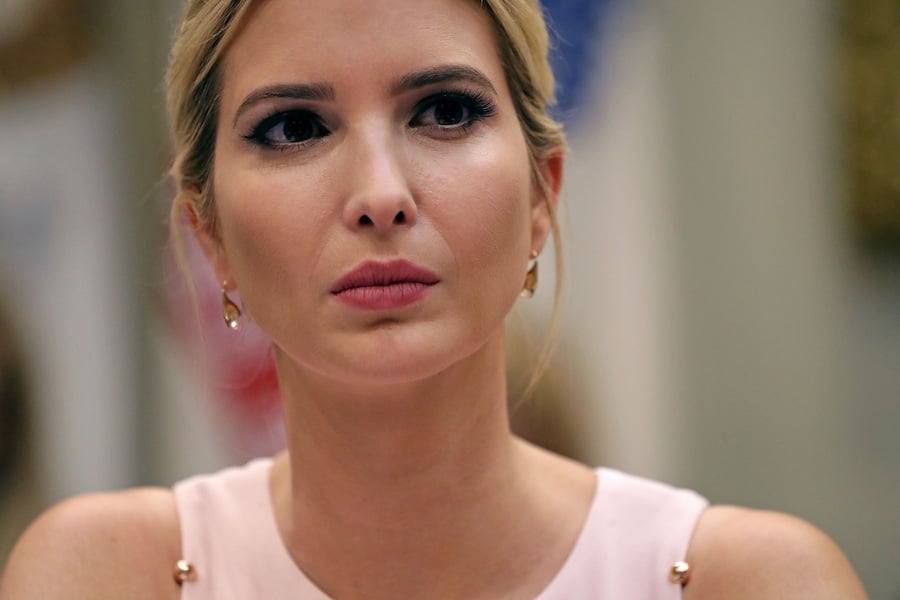 Ivanka Trump began dating real estate developer Jared Kushner in 2005, after meeting through mutual friends. They briefly broke up in 2008, but got back together and married in October, 2009. Together, they have three children. She was previously in relationships with Greg Hersch, an investment banker, and James "Bingo" Gubelmann. Although raised a Presbyterian Christian, Trump converted to Orthodox Judaism in July 2009. In 2017, her father Donald Trump was sworn-in as the 45th president of the United States.

An April 2017 financial disclosure showed that Kushner and Ivanka are the beneficiaries of a $740 million real estate and investment business. In personal disclosures, Jared has estimated his own personal net worth at $325 million in 2017. Jared's family business, the Kushner Companies, operate approximately $7 billion worth of real estate assets around the country. Between April 2017 and June 2018, Jared earned $1.5 million in income from Westminster Management which owns 20,000 apartment units in New York, Maryland, New Jersey, Pennsylvania and Ohio. His June 2018 disclosure adjusted the number down slightly to $710 million. Ivanka's 2018 disclosure reported $55 million worth of assets. It also stated that she earned $5 million from a trust that is valued at more than $50 million and another $3.9 million from her stake in the Trump International Hotel in Washington, DC.

Trump and her siblings Donald Jr. and Eric technically do not have ownership stakes yet in the vast majority of their father's businesses. They do however each own 7.5% of Trump International Hotel in Washington D.C.. Over the last two decades, the three siblings have each earned around $35 million in salary from their jobs at the Trump Organization.

In December 2020 it was revealed that Jared and Ivanka paid $30 million for an undeveloped 1.8-acre plot of land on an ultra-exclusive private island in Miami called Indian Creek. The seller was Latin crooner Julio Iglesias. Julio put the plot of land together in two transactions. First he had owned mansion on one plot for decades. He demolished that mansion and then in 2008 paid $15.2 million for the property next door to create the combined nearly 2-acre empty ocean-front lot.

The island is so exclusive and private that visiting is not allowed with an owner's written permission and even if you have that permission it's illegal to get out of your car to go anywhere except the residence to which you were invited. The island has 14 police officers for roughly 40 full-time residents. The island is commonly referred to as the "Billionaire Bunker". 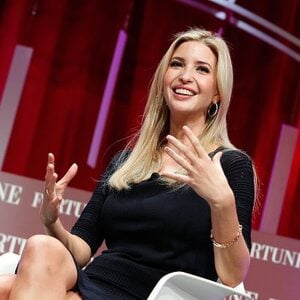