How much is Howie Long Worth?

Howie Long net worth: Howie Long is a retired professional football player, actor, and television personality who has a net worth of $16 million. This net worth has been accumulated over many years in the public eye, first as a football player, then as a star of several action movies, and in his current job as a football analyst for the FOX network. After a successful stint on the football team at Villanova University, Long was drafted by the Oakland Raiders in 1981. After that, he stayed with the team for an impressive 13 years, always wearing the number 75. Long was noted for his unique playing style on the Raiders' defensive line, which combined size, strength, and speed. His professional career ended after 13 seasons with the Raiders, after which he moved into show business. He has appeared in action movies such as Broken Arrow, and starred in the movie Firestorm. The former film is notable for featuring a very popular sound effect during the scene of Howie's death that has since come to be known as the "Howie scream," named after Howie Long. Long has also appeared in TV commercials for countless brands, including a popular series of ads for Radio Shack also starring actress Teri Hatcher. 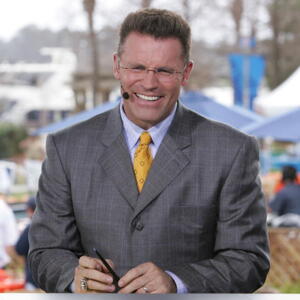