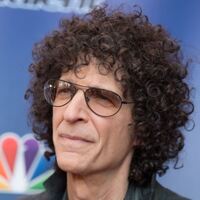 What is Howard Stern's Net Worth and Salary?

Howard Stern is an American radio and television personality who has a net worth of $650 million. Love him or hate him, there is no denying that Howard Stern has managed to worm his way into the collective unconscious. The first "shock jock" to have a widespread fan base, Mr. Stern began honing his style DJing for rock stations and hosting radio talk shows in the late 70s and early 80s. In his early career, he was known for being "totally honest" on air, and while this won him multiple awards, it did not equal larger paychecks or a steady audience.  He bounced from station to station for a number of years, before taking a job at a station in Washington, D.C.  While the next four years proved contentious, Mr. Stern's battles with the station, and his increasingly raunchy on-air segments, launched him into the national spotlight. When he was finally fired by station management, his show was the highest rated WNBC program. After a brief hiatus to perform his work onstage, he returned to the radio in 1985, and began his rise to airwave domination. From the mid-80s to early 2000s, his radio program was the most popular on both coasts. He spun his show off into two late-night talk shows, two best-selling books, multiple pay-per-view programs, and successful albums. He even ran for Governor of New York. By the mid-2000s, he had settled down a bit, and in 2006, he signed an exclusive contract with Sirius Radio.  In 2012, he also began judging "America's Got Talent."

"The Howard Stern Show was nationally syndicated on terrestrial radio from 1986 to 2005. Howard left "regular" radio on December 16, 2005. He subsequently signed a five-year $500 million deal with Sirius Satellite Radio. His Sirius show debuted on January 9, 2006. Howard has since gone on to earn well-over $1 billion at Sirius alone in addition to the hundreds of million he earned while on regular radio.

On December 9, 2020 it was confirmed that Howard had signed a 5-year extension with Sirius that reportedly is worth $120 million per year, or $600 million total.

When you hear that Howard "makes" $120 million per year, it should be noted that the money from these contracts are used by Stern to cover all show production costs including salaries of personalities like Robin Quivers and Gary Dell-Abate. We estimate that Robin and Gary earn $10 million and $4 million per year, respectively. That alone is $14 million. If you conservatively assume $10-15 million in additional costs, Howard would be personally left with around $90 million before taxes and agent fees. Agents typically take around 10%, bringing the number down to around $80 million. Taxes would take another roughly half, leaving Howard with net income of $40 million per year.

If Howard maintains his current schedule of three new shows per week, roughly 40 weeks a year, that works out to 120 shows per year. Using 120 new shows per year and $40 million in net earnings, after all costs Howard Stern makes $333,333 per show. Basically a brand new Ferrari every time he broadcasts.

Howard Allan Stern was born on January 12, 1954, in the Jackson Heights area of Queens in New York City. His mother Ray was an office clerk in New York City. His father served in the Army during World War II and afterward, worked as a radio engineer at WHOM in Manhattan. He was also co-owner of Aura Recording, Inc., a recording studio in Manhattan where commercials and cartoons were made. Howard has an older sister named Ellen. When Stern was one year old, his family moved to Long Island, New York.

Stern wanted to be in the radio business since he was five years old.  His dad set up a makeshift recording studio in the basement of the family home in Roosevelt, New York so Stern could record make-believe radio shows. He attended Roosevelt Junior-Senior High School. When Stern was 15, his family moved to Rockville Center, New York. He enrolled at South Side High School for the 1969-70 school year. He graduated from high school in 1972. He enrolled at Boston University that fall.

From 1976 to 1982 Stern worked the morning show at WRNW in Briarcliff Manor, New York, WCCC in Hartford, Connecticut, WWWW in Detroit, Michigan, and WWDC in Washington D.C., where he developed his on-air personality.

Stern worked at New York City's WNBC doing the afternoon shift from 1982 until 1985. He began his 20-year run at WXRK in New York City in 1985. In 1986, his morning show went into syndication in 60 markets, exposing him to 20 million listeners.

He is the first person to have the number one show in New York City and Los Angeles at the same time.

In 1993, Stern signed a $1 million deal with Simon & Schuster to write his memoir "Private Parts." The book was released in October 1993 and was an immediate hit. The entire first print run of 225,000 copies sold out within hours of going on sale. Within five days of its release, "Private Parts" became the fastest-selling book in the history of Simon & Schuster. The book debuted on the "New York Times" Best-Seller list at #1 and stayed on the list for 20 weeks.

In 1997, the feature film adaptation of Stern's "Private Parts" hit theatres. Stern and several of his radio show staff, including Robin Quivers, Fed Norris, Gary Dell'Abate, and Jackie Martling appeared as themselves in the film. "Private Parts" the film was released on March 7, 1997, in the U.S. The film was ranked at number one at the U.S. box office in its opening weekend with a gross of $14.6 million. It grossed a domestic total of $41.2 million at the end of its theatrical run.

In 2011, Stern announced he would be the replacement for Piers Morgan as a judge on "America's Got Talent" for its seventh season. He continued as a judge on the show for the eighth, ninth, and 10th seasons. Stern left at the end of the 10th season in September 2015. 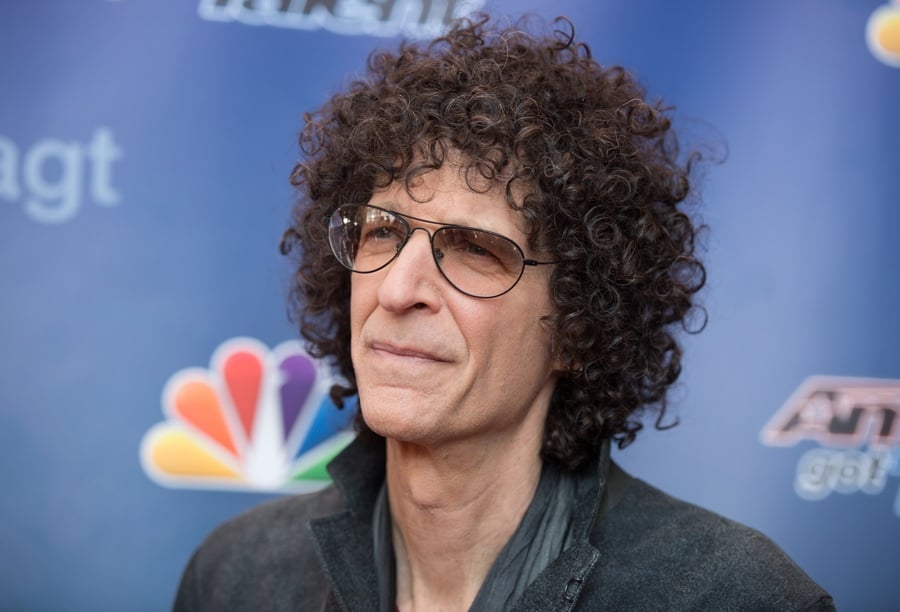 Before Stern joined Sirius, the satellite platform had 600,000 subscribers and was losing $226 million per year on revenues of $13 million. Today the combined SiriusXM service has 35 million paying subscribers and generates $1.8 billion in profits on $7.2 billion in revenue. On Sirius, Howard enjoys total uncensored free speech, outside of the FCC's grasp. According to analysts, 10-15% of Sirius customers subscribed to the service exclusively to listen to Stern.

Stern became one of the highest-paid radio figures after signing a five-year deal with Sirius in 2004 worth $500 million. The deal essentially paid Stern $100 million per year, $80 million in cash and $20 million in stock. That $100 million would also cover his show's production costs, including staff salaries. It's estimated that Stern kept $50 million for himself. Immediately prior to joining Sirius, Stern was making $30 million per year at Viacom to broadcast on terrestrial radio.

He re-upped in 2010 with another five-year $500 million deal. In December 2015 he signed a new 12-year deal with Sirius. This latest deal is believed to pay Stern $80 million per year that covers a salary for himself, salaries for his staff, and production costs for the show. By the time this latest deal is up, Stern will have personally earned over $1 billion (excluding production costs) in salary during his time at Sirius. He also earned several hundred million dollars (pre-tax) from terrestrial radio prior to 2005.

On December 9, 2020 Howard confirmed that he had signed a five-year extension with Sirius that was reported to be worth $600 million. That works out to $120 million to cover all production costs. 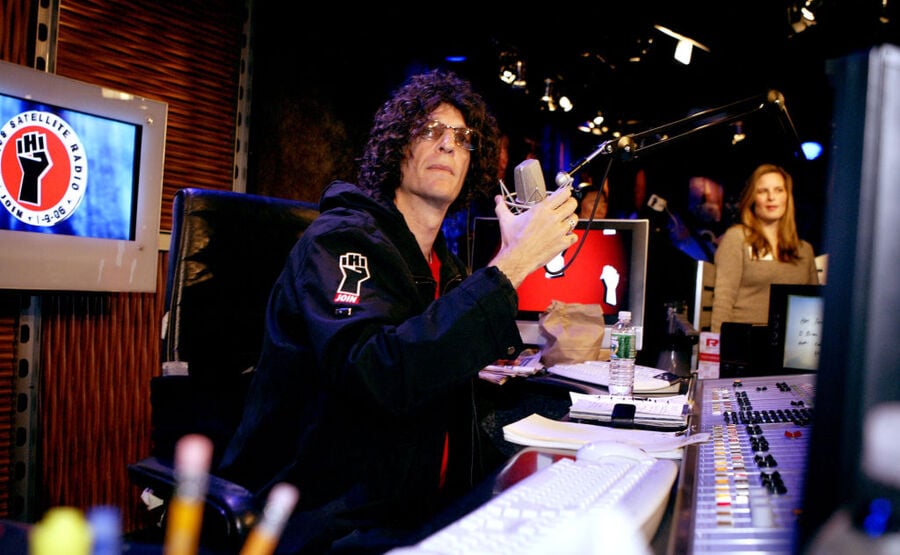 Stern met Alison Berns thought a mutual friend while he was a student at Boston University. They married on June 4, 1978, in Brookline, Massachusetts. They were both 24. They have three daughters: Emily Beth (1983), Debra Jennifer (1986), and Ashley Jade (1993). They separated in October 1999. The divorce ended amicably in 2001.

Stern dated model Angie Everhart and actress Robin Givens in the handful of months between his separation from Alison and meeting Beth Ostrosky. Stern started dating model and television host Ostrosky in 2000. They got engaged on February 14, 2007, and married on October 3, 2008, at Le Cirque restaurant in New York City.

Stern became the most fined radio host in history when the FCC issued fines totaling $2.5 million to station owners for content it deemed indecent.

Stern suffers from obsessive-compulsive disorder. He revealed his battle with OCD in his 1995 book "Miss America." He uses Transcendental Mediation, something his parents have been using since the early 1970s, to manage it.

Stern and Ostrosky are supporters of the North Shore Animal League of America. Together, the couple has fostered nearly 900 cats. They have four cats of their own: Bella, Yoda, Walter, and Pebble.

In 2005, Stern paid $20M for an empty lot in Southhampton, New York. He had an enormous custom mansion built on the property.

In 2013, Stern and his wife bought a 12-bedroom mansion on 3.25 acres in Palm Beach, Florida for $52 million. Howard Stern's house in Palm Beach, Florida is 19,000 square foot, and sits just steps from the ocean. The stunning single story home contains 12 and a half bathrooms, and five bedrooms. The house features gorgeous columns, perfectly landscaped grounds, a wall to keep the ocean water from spilling onto the lawn, and a beautiful pool nestled in the middle of the compound.