What is Heather Mills' net worth and divorce settlement?

Heather Mills is an English entrepreneur, environmentalist, activist, and Alpine ski racer who has a net worth of $40 million. Heather Mills is probably most famous for being the former wife of Paul McCartney. In 1993 her left leg was amputated below the knee due to a collision with a police motorcycle in London. She received a prosthetic limb and continued to model. She sold her story to a tabloid and used the money to start the Heather Mills Health Trust to help amputees. In 2000 it was revealed that Mills was in a relationship with Sir Paul McCartney of Beatles fame. The two were married in 2002 and Heather gave birth to a daughter Beatrice Milly in October 2003. They separated and their divorce was made final in 2008.

After a brief divorce battle, Heather was ultimately granted a $50 million payout from McCartney. She had previously been seeking $250 million. Paul initially offered $30 million. The final amount was seen as a victory for Paul who also had to provide a $5 million stipend for Heather to buy a home in London and $1 million per year in spousal support for 5 years.

Mills was born on January 12, 1968 in Aldershot, Hampshire in England. Her father, John Mark Francis Mills, was a former paratrooper and her mother, Beatrice Mary Mills, was the daughter of a colonel in the British Army. The family moved often in Mills's young, to Alnwick in Northumberland, Tyne and Wear, and Rothbury. Mills attended Usworth Grange Primary school and then the Usworth Comprehensive School when she got older. They also often spent holidays in Libanus and lived there for a time as well.

Mills' childhood was somewhat tumultuous, as her mother Beatrice left when Mills was nine years old to live with actor Charles Stapley. Mills remained with her father, along with her older brother, Shane and younger sister, Fiona. Mills has since divulged that her father was occasionally violent with the children, which he has disputed, and that the family often was without food and had to resort to stealing. Mills moved to live with her mother in London after her father was jailed for 18 months following a conviction of fraud. This led to addition instability in Mills' life, as she has claimed she was periodically homeless and also has admitted to stealing from jewelry shops.

At the age of 18, Mills met Alfie Karmal, who was ten years her senior, and the two began a relationship. Karmal would buy Mills expensive clothing and jewelry and also paid for Mills to have plastic surgery. He encouraged her to begin modeling by setting up an agency for her, ExSell Management, though it was ultimately unsuccessful. After Mills moved to Paris on the false claim that she had secured a modeling contract with a cosmetics company, she actually became a mistress for the Lebanese millionaire, George Kazan. She then return to London two years later and asked Karmal to marry her, which they did in May of 1989. However, they divorced in 1991 and Mills began seeing Raffaele Mincione, a bonds dealer. The two got engaged in 1993. 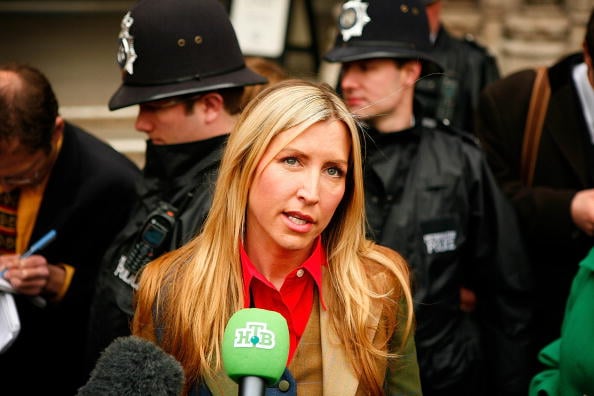 While walking in London with Mincione, Mills was knocked down by a police motorcycle who was responding to an emergency call. Mills was badly injured by the accident, suffering several crushed ribs, a punctured lung, and the loss of her left leg 6 inches below the knee. From then on, she began wearing a prosthetic limb.

As of a result of her accident, Mills created the Health Mills Health Trust which was created with the intention of delivering prosthetic limbs to children and those who had lost their limbs in land mines. She also collected thousands of limbs specifically for amputees in Croatia, where she had previously done charity work, and began delivering them in 1994. In 2001, the Croatian prime minister, Ivica Račan, gave her an award of recognition for the work she had done in the country. In 2003, she was awarded an honorary doctorate for her philanthropic work on behalf of amputees from Open University.

After her previous serious relationships ended, Mills began dating Paul McCartney, formerly of The Beatles. They had met at the Dorchester Hotel during the Pride of Britain Awards in 1999 when they both were presenting awards. The two began appearing at various events together, sparking tabloid rumors that the two were in a relationship. The rumors proved true, as McCartney officially appeared with Mills at her 32nd birthday party in January of 2000. He proposed to Mills in in July of 2001 while they were on a vacation in the Lake District. The two got married in June of 2002 in an elaborate ceremony at Castle Leslie in Ireland.

In May of 2003, the couple announced they were expecting their first child together and gave birth to Beatrice Milly McCartney in October. The pregnancy was especially significant for Mills, as she had previously suffered from two ectopic pregnancies and a miscarriage.

Mills and McCartney started spending time apart a few years into their marriage and officially separated in May of 2006. Mills blamed Stella, McCartney's daughter from a previous marriage, as one of the reasons for the breakdown of their marriage. Mills opted to represent herself in the divorce proceedings, which may have proved to be an error as the presiding judge later described Mills as having presented a large amount of inaccurate testimony and evidence. The judge granted the divorce and awarded Mills a lump sum of 16.5 million British pounds plus 7.8 million in assets and an annual payment to cover the cost of school and childcare costs for their child, though Mills had originally asked for 125 million pounds. Following the divorce, Mills was subjected to a large amount of negative media coverage, particularly by the British tabloids.

Since the divorce, Mills has pursued a number of interests, including opening a vegan restaurant in Sussex from 2009 to 2017. She also bought a vegan food company, Redwood Foods, in 2009. Furthering her interest in vegan foods, she bought a 55-acre site in Northumberland with the goal of providing storage, manufacturing, and business space to vegan enterprises. She also hoped to compete in the 2014 Paralympic Games as part of the British Paralympic ski team. However it was announced in 2013 that she would miss the 2014 Olympic Games in Sochi, Russia. 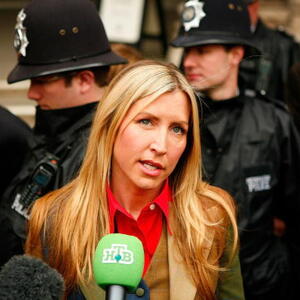