Born June 11, 1954, in Appleton, Wisconsin, Van Susteren is best known for her role as commentator on Fox News Channel's On the Record w/Greta Van Susteren. She is a former criminal defense and civil trial lawyer and also appeared as a legal analyst as co-host on Burden of Proof (1994-2002), alongside Roger Cossack. Her law degree was earned in 1979 at Georgetown University of Law Center. During the O.J. Simpson trial (coined as the Trial of the Century), she appeared regularly on CNN as a legal analyst, which led to her stint as co-host of CNN's Burden of Proof and The Point. After a highly publicized contract bidding war in 2002, Van Susteren moved to Fox News Channel. In 2014, she made headlines when she publicly criticized Dwayne Stovall, republican candidate for U.S. Senate in Texas, after he ran an advertisement calling Senate Minority Leader Mitch McConnell of Kentucky an ineffective "Beltway turtle. Van Susteren married tort lawyer John P. Coale in 1988. Coale served as an advisor to former Governor of Alaska and U.S. Vice President hopeful Sarah Palin. In 2006, Van Susteren became part owner of a restaurant called Old Mill Inn (Mattituck, New York on the North Fork of Long Island). 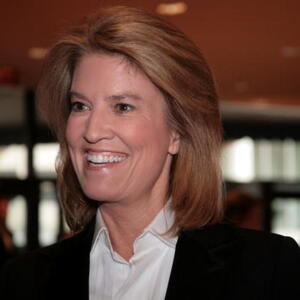