Greg Gumbel net worth and salary: Greg Gumbel is an American television sportscaster who has a net worth of $16 million. A sportscaster widely known for his coverage of the NFL and the NCAA, Greg Gumbel began working as a sportscaster in 1973. He has worked for CBS, ESPN, and MSG, among other networks. In 2001 he became the first African-American to call a major sports championship with his play-by-play of the Super Bow.

Born May 3, 1946 in New Orleans, Louisiana, Gumbel is best known for his assignments for the CBS network, most notably the NFL (National Football League) and NCAA (National College Athletic Association) basketball. Greg is the older brother of television journalist and sportscaster Bryant Gumbel (best known for his 15-year stint on NBC's The Today Show). In 1973, brother Bryant told Greg of a position as a sports announcer that was available at a Chicago TV Station (WMAQ-TV). Greg landed the job and worked at the station for seven years. Greg Gumbel's initial exposure on CBS was as a part-time NFL announcer in 1988. Following CBS's loss of the NFL and Major League Baseball broadcasting contracts, Gumbel moved to NBC (1994), though he eventually returned to CBS, where his first major assignment upon his return was to serve as studio host for the network's coverage of college basketball. Gumbel progressed to announcing for such other coverage as The NFL Today and even returning to the broadcast booth as the #2 play-by-play man, alongside color commentator and former football player Dan Dierdorf until Dierdorf retired after the 2013-14 NFL season. 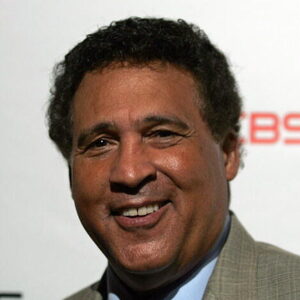