Grant Imahara net worth: Grant Imahara was an American TV host and engineer who had a net worth of $2 million at the time of his death in July 2020. Tragically, Grant died unexpectedly on July 13, 2020 at the age of 49 from a brain aneurysm,

Born in Los Angeles, California, Grant Imahara, graduated from the University of Southern California with a degree in Electrical Engineering. He began working for Lucasfilm's Home THX division after graduation, and was subsequently hired by Industrial Light and Magic. During his nine years with Industrial Light and Magic, he worked on such projects as "Star Wars: Episode 1: The Phantom Menace", "Galaxy Quest", "Terminator 3: Rise of the Machines", "The Matrix Reloaded", and "Van Helsing". He was a well-respected model and robot maker, and is the author of "Kickin' Bot: An Illustrated Guide to Building Combat Robots", a popular guide to combat robot construction. He is probably best-known as a cast member on the show "Mythbusters", as part of the Builder Team. He also appeared on the popular series, "The Guild", and is a well-known "Battlebots" competitor with his robot "Deadblow". 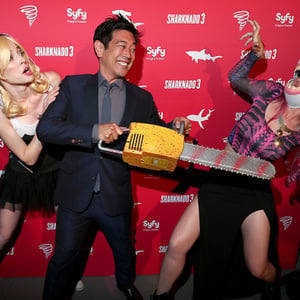