What was Gloria Vanderbilt's Net Worth?

Gloria Vanderbilt was an American socialite, fashion designer, actress, writer, and entrepreneur. Gloria was a member of the esteemed Vanderbilt family, and though she easily had the wealth and connections to live a lazy socialite life, Gloria embarked on a very successful career as a fashion designer and artist.

Full disclosure/correction: The net worth number we listed for Gloria prior to her death turned out to be a significant over-estimate. In his 2021 book, "Vanderbilt: The Rise and Fall of an American Dynasty," Anderson Cooper (Gloria's son) revealed that she had spent or lost the majority of her fortune during her lifetime and that she did not leave behind a meaningful remnant of the Vanderbilt fortune. Anderson revealed that Gloria inherited fortunes, lost fortunes, inherited more fortunes and lost them again. She made bad business deals and ran into tax issues. He also alleges that Gloria was fleeced by a husband, a psychiatrist and a lawyer.

Gloria's father died when she was a baby. He was the last male heir of the Vanderbilt fortune and left his entire estate, $5 million in 1925, to his daughter. That's the same as around $70 million after adjusting for inflation. Gloria's mother and aunt fought over her custody, and allegedly over control of the trust fund. Her aunt, the founder of the Whitney museum, ultimately won custody.

After achieving some early success as an artist, Vanderbilt lent her name to a line of designer jeans and fragrances, which were sold at high-end department stores throughout the world. Her fashion career peaked in the 1980s, and she personally earned $10 million worth of royalties from her jeans in 1980 alone, which is the same as around $30 million today after adjusting for inflation.

At one point Gloria gave her psychiatrist, Dr. Christ Zois, and her lawyer, Thomas Andrews, power of attorney. In 1993, she sued them, alleging that they had stolen millions of dollars from her and sold her business interests without consulting her. Andrews had passed away by the time the court ruled in Vanderbilt's favor. She was awarded $1.79 million but never received a penny. The New York Bar Association later awarded her $300,000 from the Victims of Fraud fund. Andrews had also failed to pay Gloria's taxes for several years, leading her to accrue a $2.5 million IRS bill. She reportedly had to sell a few of her homes to pay the debt.

Decades later, she would claim that she earned far more money selling jeans than through inheritance. Of her fashion fortune vs. inherited wealth, Gloria famously said:

"The money you make yourself is the only kind of money that has any reality."

Vanderbilt published six memoirs, three novels, and two art and home decor books. She co-authored the 2016 book "The Rainbow Comes and Goes: A Mother and Son On Life, Love, and Loss" with her son, CNN anchor Anderson Cooper, and that year the two were the subjects of the HBO documentary "Nothing Left Unsaid: Gloria Vanderbilt & Anderson Cooper."

Gloria's father, Reginald Claypoole Vanderbilt, was the great-grandson of Commodore Cornelius Vanderbilt. After adjusting for inflation, Cornelius Vanderbilt was one of the wealthiest Americans of all time. When he died, Cornelius had a net worth equal to $185 billion. Cornelius earned his first fortune in shipping, but the extreme wealth came much later on in life from railroads and real estate.

Cornelius' son William Henry inherited the majority of the family wealth and business interests upon his father's death. William managed to double the family fortune in a decade before dying in 1885 at the age of 64.

Unfortunately, William Henry was the last Vanderbilt to improve the family fortunes in a meaningful way. Most descendants from that point on simply spent their inheritance. According to legend, in 1973, the Vanderbilt family held a reunion. Of the approximately 120 attendees, not one was a millionaire.

Gloria Vanderbilt was born Gloria Laura Vanderbilt on February 20, 1924, in New York City. Her father, railroad heir Reginald Claypoole Vanderbilt, died of cirrhosis when Gloria was just 18 months old, so she was raised by her mother, Gloria Morgan Vanderbilt (who was Reginald's second wife), and her nanny, Emma Sullivan Kieslich. Vanderbilt and her half-sister, Cathleen, each inherited a half share of a $5 million trust fund (which is equal to roughly $70 million in today's dollars) after their father's death, and while Gloria was a minor, her mother controlled her share. Though Vanderbilt was baptized in the Episcopal church, her mother raised her in the Catholic Church after Reginald died. During Gloria's youth, she often went to Paris with her mother, Kieslich, and her mother's twin sister, Thelma Furness, who was the Prince of Wales' mistress.

Vanderbilt's paternal aunt, Gertrude Vanderbilt Whitney, thought that Gloria's mother was an unfit parent and took her to court in 1934 to try to get custody of the 10-year-old girl. Gertrude gained custody of Gloria, and the custody battle was immortalized in the 1980 book "Little Gloria… Happy at Last" (written by Barbara Goldsmith) and a 1982 NBC miniseries of the same name. Vanderbilt's mother was only allowed to see her on weekends and was no longer in charge of her daughter's trust fund. After losing custody, Gloria's mother still received $21,000 per year from the trust fund, but after Vanderbilt became old enough to control it herself, she cut her mother off. Gloria studied at the Greenvale School (Long Island, New York), Miss Porter's School (Farmington, Connecticut), the Wheeler School (Providence, Rhode Island), and the Art Students League (New York City). 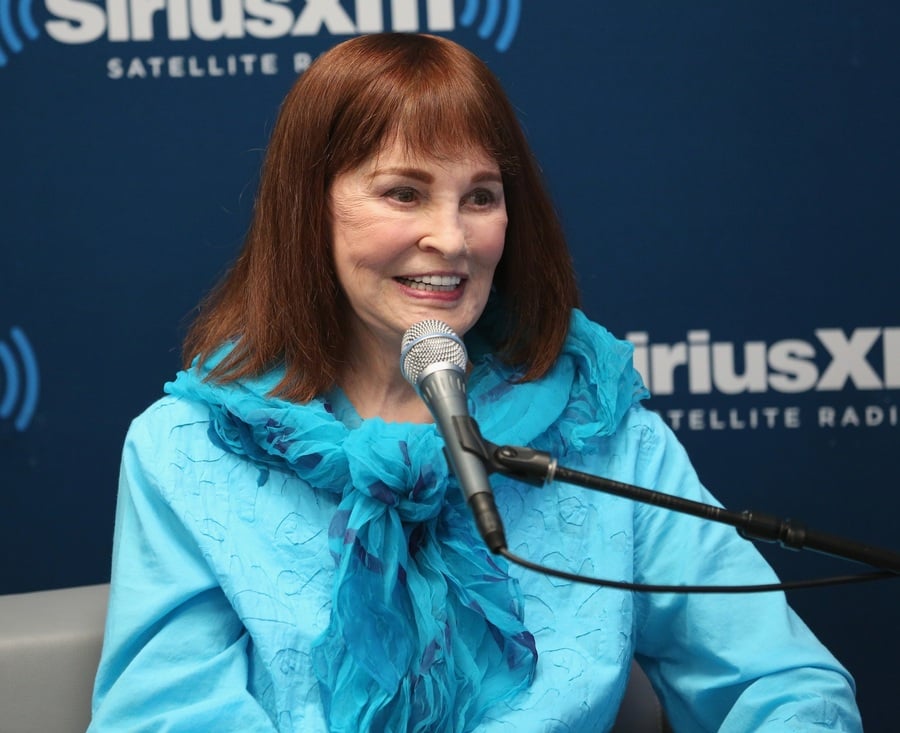 Vanderbilt began modeling as a teenager, appearing in "Harper's Bazaar" magazine at age 15. From the mid-1950s to the early 1960s, she pursued an acting career, studying with Sanford Meisner at the Neighborhood Playhouse and making her stage debut in a 1954 Pocono Playhouse production of "The Swan." Gloria played Elsie in a 1955 revival of "The Time of Your Life," and she appeared on the TV series "Studio One in Hollywood" in 1957. Vanderbilt also guest-starred on "Adventures in Paradise" (1960) and "Shirley Temple's Storybook: House Of Seven Gables" (1960) and appeared in the live televised dramas "Kraft Theatre" (1958) and "The United States Steel Hour" (1958). In 1981, she guest-starred as herself on a two-part episode of "The Love Boat."

Gloria turned her focus to the world of fashion when Glentex licensed some of her paintings for a line of stylish scarves in 1976. That year she launched a ready-to-wear fashion company called GV Ltd., and she later partnered with designer Mohan Murjani to create designer jeans with Vanderbilt's signature on the back pocket. In 1978, she sold the Murjani Group the rights to her name, and she began selling shoes, dresses, bedding, blouses, and more under GV Ltd. From 1982 to 2002, L'Oreal released eight fragrances under the Gloria Vanderbilt name.

Gloria was passionate about art and held exhibitions of her paintings, beginning in 1948. Her artwork was licensed by Hallmark Cards and textile manufacturer Bloomcraft, and she started creating art for glassware, pottery, and linen. Vanderbilt held art exhibitions at the Southern Vermont Arts Center in 2001 and 2007, and in 2007, she was a panelist at the center's Annual Fall Show Exhibition. In celebration of her 90th birthday in 2014, a collection of Gloria's art was displayed at the New York Design Center's 1stdibs Gallery. Vanderbilt regularly wrote for "Vanity Fair," "Elle," and "The New York Times," and she published several books, including "Gloria Vanderbilt Book of Collage" (1970), "Never Say Good-Bye: A Novel" (1989), "A Mother's Story" (1995), and "It Seemed Important at the Time: A Romance Memoir" (2004).

At just 17 years old, Gloria married Hollywood agent/alleged mobster Pat DiCicco on December 28, 1941. They divorced after less than four years of marriage, and Vanderbilt later revealed that DiCicco referred to her as "Fatsy Roo" and abused her, stating "He would take my head and bang it against the wall…I had black eyes." Gloria wed conductor Leopold Stokowski, who was 42 years older than her, on April 21, 1945, and before divorcing in 1955, they welcomed sons Leopold (better known as Stan) and Christopher on August 22, 1950, and January 31, 1952, respectively. Vanderbilt was also stepmother to Stokowski's three daughters from his two previous marriages. Next, Gloria married director Sidney Lumet on August 28, 1956, and they divorced in 1963. On December 24, 1963, she married her fourth husband, author Wyatt Emory Cooper, and they had two children, Carter (born January 27, 1965) and Anderson (born June 3, 1967). Anderson grew up to become a CNN news anchor and host of the show "Anderson Cooper 360," but in 1988, Carter tragically died by suicide at age 23 after prescription medicine he was taking reportedly caused a psychotic episode that led to him jumping from the family's 14th-floor penthouse. Sadly, Vanderbilt lost Wyatt in 1978 after he died during open-heart surgery. Gloria was later in a long-term relationship with filmmaker/photographer Gordon Parks until he passed away in 2006, and she reportedly dated Frank Sinatra, Marlon Brando, Roald Dahl, and Howard Hughes.

On June 17, 2019, Vanderbilt passed away from stomach cancer at her Manhattan home at the age of 95. She is buried next to her late husband Wyatt and her son Carter in the Vanderbilt Mausoleum at Staten Island's Moravian Cemetery. Though her son Anderson once said in an interview, "My mom's made clear to me that there's no trust fund," Gloria left him most of her estate. Anderson also inherited all the property his mother owned, except for a Manhattan co-op (worth $1.2 million) that was left to her oldest son, Stan. The remaining son, Chris, was estranged from Vanderbilt and was left out of the will. 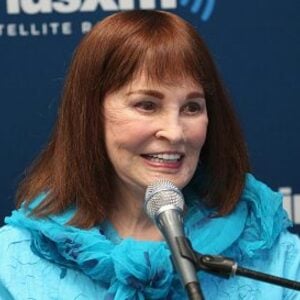