In 1994, George Stephanopoulos tried to obstruct a Regulatory Agency Investigation that was looking into shady real estate deals that the Clintons were involved in. This eventually sparked the Whitewater controversy. George left the Clinton administration in 1992 after Bill was re-elected, and he later stated the experience was extremely draining and demanding.

Journalism: George transitioned directly into journalism after leaving the White House. He joined ABC News as a correspondent for This Week, World News Tonight, Good Morning America, and other programs. In 2002, he became the host of This Week. After this promotion, the ratings for This Week struggled, and ABC considered replacing him. However, things turned around after George Stephanopoulos interviewed president-elect Barack Obama.

In 2008, George moderated a presidential debate for the first time. Some of his questions were criticized for being trivial or irrelevant to important matters. In 2009, he became the new host of Good Morning America and in 2010 he officially left This Week. However, ratings fell immediately after George Stephanopoulos' departure, and ABC offered him a 10-year deal worth $105 million. As a result, he returned to This Week and only acted as a substitute anchor for Good Morning America.

In 2012, George Stephanopoulos moderated a debate between prospective Republican presidential nominees. Once again, the debate took a controversial turn when he asked Mitt Romney a loaded question about contraceptives. In 2014, Stephanopoulos became the main anchor for ABC News while still maintaining his roles on This Week and Good Morning America. 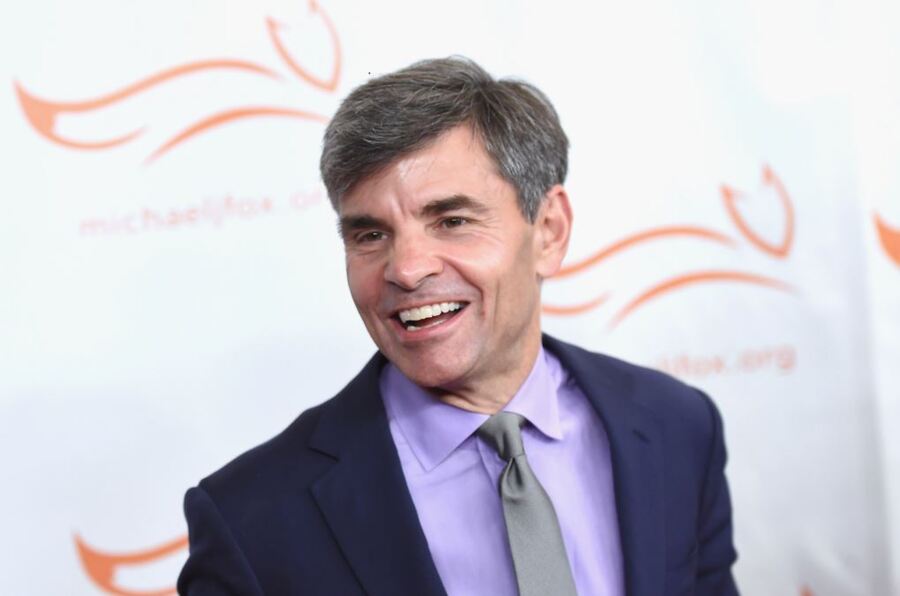 Controversy: In 1994, eyebrows were raised when reports suggested George Stephanopoulos had somehow managed to sign an $850,000 commercial real estate deal, despite having a limited income at the time. It was subsequently suggested that George was only approved by NationsBank for the deal because of his White House connections and that anyone else who tried to get a similar loan would have been turned down. The deal became even shadier when it was revealed that the bank's primary regulator had strong ties to the Clinton administration, which George was serving under.

In 1995, George Stephanopoulos collided with a parked car while pulling out of a parking space. He had just finished eating at a restaurant. George simply drove away, and he was later arrested for leaving the scene of an accident and driving with an expired license and plates. Eventually, the charge of leaving the scene of an accident was dropped.

From 2012 to 2014, George Stephanopoulos donated a total of $75,000 to the Clinton Foundation. This raised considerable concerns over a potential conflict of interest – after all, George was supposed to be an impartial, unbiased journalist for ABC News. He kept the donations secret, even when he was speaking about Hillary Clinton and the potential corruption of the Clinton Foundation. Once the story was broken, ABC News admitted that it was a mistake, and Stephanopoulos was forced to step down as a moderator for the 2016 Presidential Debates.

George Stephanopoulos was a known associate of the late sex offender Jeffrey Epstein. On at least one occasion, he attended a party at Epstein's manor along with some extremely high-profile celebrities. Other guests included Chelsea Handler, Woody Allen, Charlie Rose, and Prince Andrew (who, as of 2020, was being investigated by the FBI for alleged involvement in Epstein's sex-trafficking ring). After photos of him at the party surfaced in 2019, George stated that this was the only time he ever met Jeffrey Epstein.

In 2013, he also purchased a property in the town of Southampton, New York for $4.5 million. He and his wife quickly sought to flip the 4,800-square-foot property for a profit, but it wasn't easy. After putting it on the market for about $7 million, the couple continued to slash the price until it was all the way down at $6 million in 2018.

Personal Life: In 2001, George Stephanopoulos married Alexandra Wentworth, an actress and comedian. Over the course of their relationship, they have had two children together. As of 2020, the family lives in Manhattan. In 2020, both he and his wife tested positive for COVID-19 and self-isolated in their home, although George reported that he was asymptomatic. 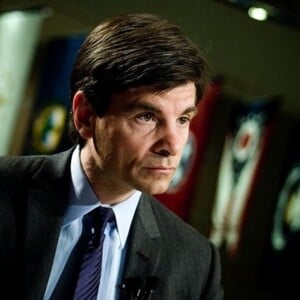