Gayle King Net Worth: Gayle King is an American journalist, author, and magazine editor who has a net worth of $40 million. She began co-hosting "CBS This Morning" in 2012, and she has been an editor for "O, The Oprah Magazine" since 1999. King has also worked as a correspondent for "The Oprah Winfrey Show," and she hosted "The Gayle King Show" on OWN in 2011.

Gayle King CBS Salary: Between 2014 and 2019 Gayle's salary at CBS was $5.5 million. That equates to around $30 million in gross earnings during this period. In May 2019 it was revealed that she had negotiated a new deal that is worth a minimum of $11 million per year.

Early Life: Gayle King was born on December 28, 1954, in Chevy Chase, Maryland. Her mother, Peggy, was a homemaker, and her father, Scott, was an electrical engineer. King grew up with 3 younger sisters and spent most of her childhood living in Turkey, because her father was stationed there. The family later moved back to the U.S., and Gayle attended the University of Maryland, graduating with a double degree in psychology and sociology in 1976. While in college, she worked at a television station, WTOP-TV, and after graduation, King was hired as a production assistant at WJZ-TV in Baltimore. She then moved to Kansas City, Missouri, and worked as a general-assignment reporter and weekend anchor for WDAF-TV.

Career: In 1981, King was hired by WFSB in Hartford, Connecticut, and worked as a new anchor for 18 years. Gayle was also a special correspondent for "The Oprah Winfrey Show" and appeared on the show 141 times during its 25-season run. King co-hosted "Cover to Cover," an NBC daytime talk show, with Robin Wagner in 1991, but it was canceled after 13 weeks. Gayle has hosted 3 shows called "The Gayle King Show": a 1997 syndicated talk show that lasted for 1 season, a 2006 XM Satellite Radio show, and a 2011 show on OWN (Oprah Winfrey Network). The third incarnation of "The Gayle King Show" ran from January 2011 until November of that year, when King left to co-anchor "CBS This Morning." Charlie Rose and Erica Hill were her original co-anchors on "CBS This Morning," but Hill left after just 6 months, and Rose was fired in 2017 as a result of sexual misconduct allegations. Norah O'Donnell became a co-anchor after Hill's departure, and John Dickerson replaced Rose in January 2018; they both left in May 2019, and Anthony Mason and Tony Dokoupil became Gayle's new co-anchors.

King also worked as a special correspondent for "Good Morning America," and she has co-hosted "Oprah and Friends" on XM Satellite Radio. Gayle gained attention for her 2019 interview with R. Kelly, keeping her composure as Kelly screamed and ranted. She is also known for publicly urging CBS to be transparent about sexual harassment and abuse at the network in regards to allegations against former CEO Leslie Moonves in 2018. 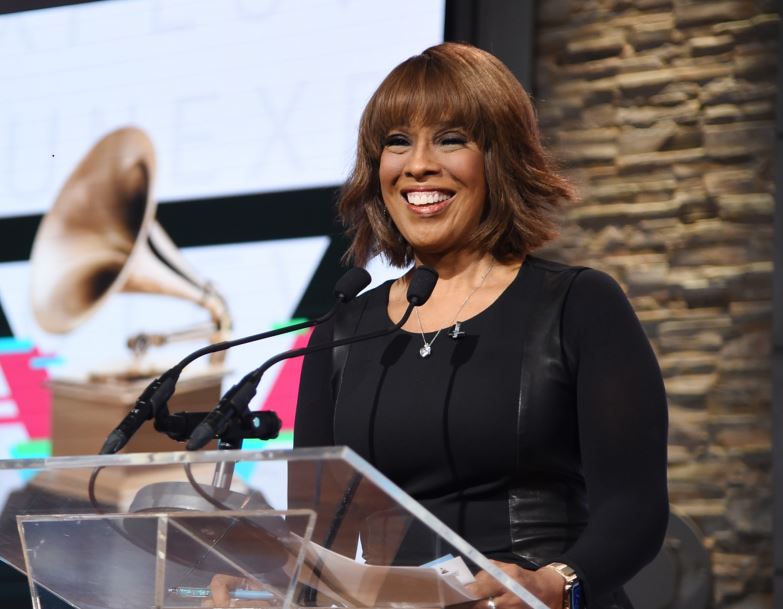 Personal Life: Gayle married attorney/assistant attorney general Bill Bumpus in 1982, and they divorced in 1993 after she caught him in bed with another woman. King and Bumpus welcomed daughter Kirby in May 1986 and son William Jr. in April 1987, and Oprah Winfrey is their godmother. Gayle became friends with Oprah in 1976 when they were both working at WJZ-TV, and their friendship has endured for decades. When Gayle was inducted into the Broadcasting & Cable Hall of Fame in 2018, Oprah presented the award, and the following year, the pair starred in a video series for OprahMag.com called "The OG Chronicles."

Awards and Honors: King has been honored with several awards for her journalism, including 3 Emmys. She received the American Women in Radio & Television Gracie Award for Outstanding Radio Talk Show in 2008, and in 2010, she earned the New York Women in Communications' Matrix Award and the Individual Achievement Award for Host-Entertainment/Information. Gayle was honored at the 2017 Variety's Power of Women luncheon for her work with educational nonprofit organization SEO Scholars, and in 2019, she was included on "Time" magazine 's list of the world's 100 most influential people.

Real Estate: In 2008, King bought a $7 million penthouse in Manhattan; the 2500 square foot home includes 2 fireplaces and a wraparound terrace. Later that year, her home in Greenwich, Connecticut, went on the market for nearly $7.5 million; she got the 10,000 square foot house for $3.6 million in 2000. Public records list the home's owner as Overground Railroad LLC, a company that is owned by Winfrey. 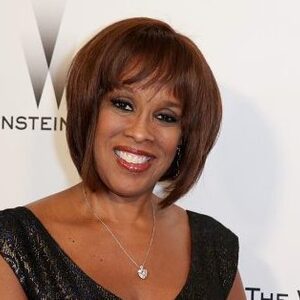