Gary Owens Net Worth: Gary Owens is an American disc jockey and voice actor who has a net worth of $1 million. Gary Altman (aka Gary Owens) was born May 10, 1936 in Mitchell, South Dakota. Known for his polished baritone speaking voice, Owens generally offers deadpan recitations of total nonsense, which he frequently demonstrated as the former announcer on the 1968-1973 variety show Rowan and Martin's Laugh-In.

In 2002, Rowan & Martin's Laugh-In was ranked #42 on TV Guide's 50 Greatest TV Shows of All Time. Equally proficient in straight or silly assignments, he is frequently heard on television, radio and in commercials. In 1972, he released the comedy LP "Put Your Head On My Finger" for the MGM-Pride label. In 1973, Owens wrote The (What to Do While You're Holding the) Phone Book (ISBN 0-87477-015-7), a comedic look at the history of the telephone. Aside from being best known for his role on Laugh-In, he is known for providing the voice of the titular superhero on Space Ghost; he also played himself in a cameo appearance on Space Ghost Coast to Coast in 1998. Owens provided the voice of Roger Ramjet on The Roger Ramjet Cartoons. He is currently the primary voice of the over-the-air digital network Antenna TV. Owens received a Hollywood Walk of Fame Star in 1980, placed between Walt Disney and Betty White. In 2004, Owens co-wrote with celebrity biographer and entertainment historian Jeff Lenburg an insightful and entertaining book on how to break into and succeed in the voice business titled "How to Make a Million Dollars With Your Voice (Or Lose Your Tonsils Trying)" for McGraw-Hill. Most recently, Owens has become the promotional announcing voice for Antenna TV, a cable channel dedicated to classic shows of the past, like The Monkees, Adam-12, and Gidget. 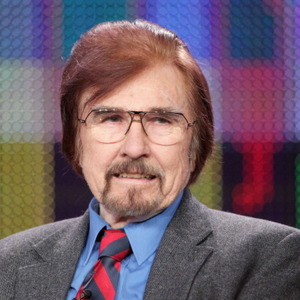