How much is Gary Coleman Worth?

Gary Coleman net worth: Gary Coleman was an American actor who had a net worth of $75 thousand dollars. Gary Wayne Coleman was born in Zion, Illinois in February 1968 and passed away in May 2010. He is best known for his role as Arnold Jackson on the television sitcom Diff'rent Strokes. Gary suffered from an autoimmune kidney disease that caused him to only grow to 4'7″ and have a childlike appearance as an adult. Coleman had two unsuccessful kidney transplants and he required dialysis daily. In 1974 he appeared in a commercial for Harris Bank and an episode of Medical Center. He appeared on The Jeffersons as George's nephew and also on Good Times. He played Arnold on Diff'rent Strokes from 1978 to 1986. On the show his catchphrase "What'chu talkin' bout, Willis?" became very popular. Coleman earned as much as $100,000 per episode on the show. After he paid his parents, lawyers, advisers, and taxes he was said to only have one fourth of what he made. He later won $1.3 million from suing his parents and advisers. The Gary Coleman show was an animated series that ran in 1982. In 2003 he became a candidate for governor of California. He finished in 8th place out of 135 candidates. He was married briefly to Shannon Price. Coleman declared bankruptcy in 1999. In 2008 Coleman sold a pair of his autographed trousers to help pay for his medical bills. After suffering seizures Coleman was admitted to the hospital from falling down stairs and hitting his head. Gary Coleman passed away on May 28, 2010 at the age of 42. 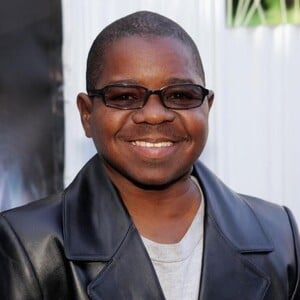