What is Frances Bean Cobain's Net Worth?

Frances Bean Cobain is an American artist, musician, and model who has a net worth of $200 million. Frances is the daughter of Nirvana's Kurt Cobain and Hole singer Courtney Love.  She made headlines before her birth after accusations surfaced that Love used heroin during the pregnancy. Child welfare services launched an investigation after Love's seemingly incriminating interview with "Vanity Fair," and Cobain was taken from her parents two weeks after she was born. She was eventually returned to her parents.

Frances has worked as a model, appearing in the pages of "Elle" and "Harper's Bazaar," and she used a pseudonym to release a collection of her artwork in 2010. She appeared in Nirvana's 1993 "Sliver" music video as an infant, and she produced the 2015 documentary "Cobain: Montage of Heck," which earned her a Primetime Emmy nomination for Outstanding Documentary or Nonfiction Special. Frances reportedly turned down the starring role in Tim Burton's "Alice in Wonderland" to focus on her education at Bard College. In 2017, she became the face of the Spring/Summer campaign for Marc Jacobs.

Frances Bean Cobain controls 100% of her father's publicity rights to his name and image. She inherited 37% of Kurt's estate on her 18th birthday in 2010.

As part of her divorce proceedings, we learned quite a bit about Frances' financial status. According to documents submitted by her legal team, Cobain is CURRENTLY worth $11.2 million. That does not mean her total final net worth is $11.2 million. It means the money she has inherited thus far from the Nirvana estate totals $11.2 million today. It is generally believed that there is a vast amount of money (the $200 million referenced in the above paragraph) waiting for Frances when she turns 30. Her recent legal documents also showed that she earns well over $100,000 per month from her late father's estate in the form of royalties, publishing rights, and investment dividends. Interestingly, Cobain listed her monthly expenses as being over $200,000, primarily as a result of her legal fees connected to this very divorce. Frances actually took to Twitter to deny the expense reports. 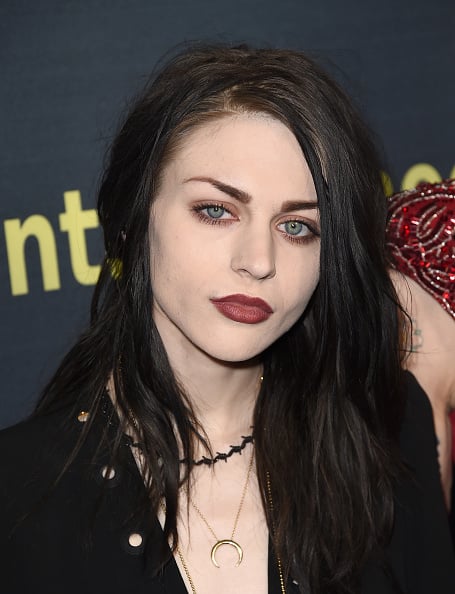 Frances Bean Cobain was born on August 18, 1992, in Los Angeles, California. Her first name was inspired by Vaselines guitarist Frances McKee, and her middle name came from the fact that her father thought she resembled a kidney bean on the ultrasound. Love told "Vanity Fair" about a heroin binge she and Kurt had gone on in January 1992 (the month she got pregnant with Frances), stating, "We copped some dope. Then we got high and went to SNL. After that, I did heroin for a couple of months." The article resulted in the Los Angeles County Department of Children's Services launching an investigation against Kurt and Courtney and taking Frances from them two weeks after her birth. Frances was returned to Love and Cobain after the case against them was dropped. Frances visited Kurt at Marina del Rey's Exodus Recovery Center on April 1, 1994, and it would end up being the last time she would ever see him; Cobain was found dead at his Seattle home one week later. After Kurt's death, Frances was raised by Love and other family members, and she lived in Seattle and Los Angeles as a child. In October 2003, Courtney was arrested on drug charges, and when she returned home, she overdosed on painkillers while 11-year-old Frances was present. Cobain went to live with her paternal grandmother, Wendy O'Connor, and Love regained custody in January 2005. Frances studied art at Bard College in New York.

In 2006, Cobain modeled for "Elle" magazine in Kurt's brown cardigan and pajama pants. The article featured the children of famous musicians wearing clothing that belonged to their parents, and Frances explained why she chose that particular outfit, stating, "I wore his pajamas because he got married in them to my mom in 1992 in Hawaii so I thought they would be cute if I wore them today. He was too lazy to put on a tux so he got married in pajamas!" In 2008, Cobain dressed in outfits inspired by "Evita," "Beauty and the Beast," and "Grease" for a "Harper's Bazaar" photo spread, and in 2011, she modeled for an internet photo series by Hedi Slimane. She modeled for "Schön!" magazine in 2016, and she was named the face of Marc Jacobs's 2017 Spring/Summer campaign.

In 2010, using the pseudonym "Fiddle Tim," Cobain debuted an artwork collection entitled "Scumfuck" at L.A.'s La Luz de Jesus Gallery. In 2012, she took part in the group art show "MiXTAPE," which involved artists creating art inspired by a song; Frances chose The Jesus and Mary Chain's "Black." In 2017, she held a joint exhibition with artist Lindsey Way, "Ghosts For Sale," at Pasadena's Gallery 30 South. During the summer of 2008, Cobain interned at "Rolling Stone" magazine, and a few years later, David LaChapelle photographed her for the publication. According to "Rolling Stone," Frances chose the cover photo and title of the 2005 Nirvana album "Sliver: The Best of the Box" when she was 13 years old. Cobain was a guest vocalist on the 2010 Evelyn Evelyn song "My Space," and she served as a guest judge on a 2019 episode of "RuPaul's Drag Race All Stars." 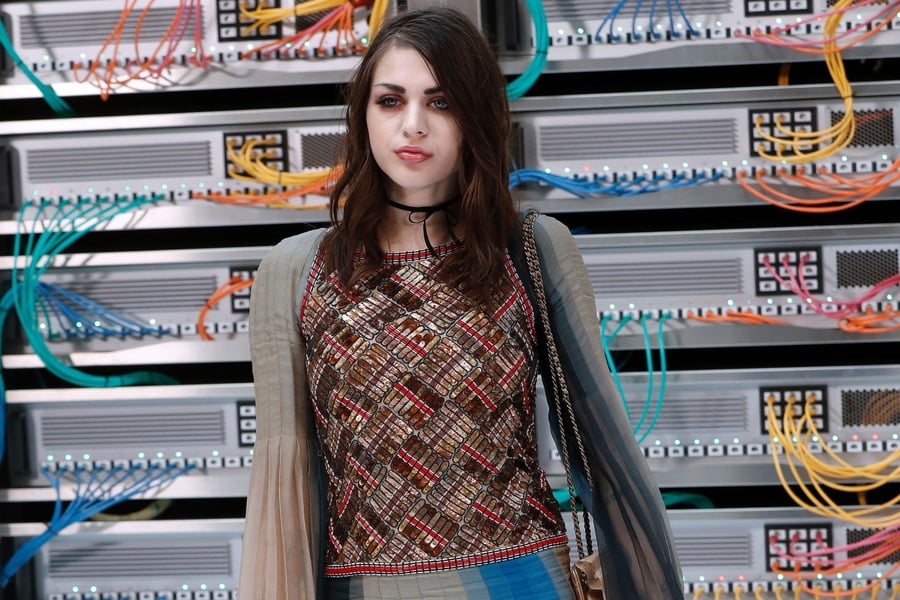 Frances' godparents are actress Drew Barrymore and R.E.M. front man Michael Stipe. Cobain gave her first interview at age 13, to "Teen Vogue" in September 2005. In late 2009, her paternal grandmother, Wendy O'Connor, and her aunt, Kimberly Cobain, were appointed temporary co-guardians of Frances, and a restraining order was issued prohibiting Love from having any contact with her. The papers that were filed reportedly involved "allegations of domestic violence."

Frances married musician Isaiah Silva on June 29, 2014, and they divorced in November 2017. In July 2018, Cobain attended the opening of the Museum of Style Icons' "Growing up Kurt Cobain" exhibition in Ireland with her paternal grandmother and aunt. While attending the exhibition, Frances stated that she often uses a phrase from Kurt's suicide note, "peace, love, empathy," because she wants to "reclaim the peace, love, empathy thing as something that's meant for health and for compassion."