Eva Angelina net worth: Eva Angelina is an American adult film actress and model who has a net worth of $8 million. Eva Angelina acquired her net worth through adult film entertainment and adult modeling. She retired from adult work in 2010. Angelina was born Nicole Clyne in Huntington Beach, California in March 1985.

Eva spent the first two years of her life in Madrid, Spain. She came from a very wealthy background but at 13 her family lost almost everything. She started her adult career at 18 by answering an ad in the newspaper. Her first scene was for Shane's World. Eva's trademark look is glasses. She has been sent home to get them and was not recognized without them. She says she is very blind and needs the prescription glasses. Eva considered joining the U.S. Navy at one point. In addition to her adult work she has also appeared in the shows 7th Heaven and Cousin Skeeter. Maxim magazine named her one of their top 12 female stars in adult stars in 2010. She has won four AVN Awards, two XBIZ awards, and two XRCO Awards. She has over 350 acting credits to her name. She is bisexual and was married to fellow adult actor Danny Mountain from 2007 to 2009. In 2008 she gave birth to the couple's daughter. 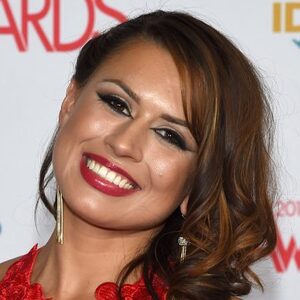