Erika Monroe Williams net worth: Erika Monroe Williams is a television news anchor and show host who has a net worth of $50 million dollars. Born in southern California, Erika Monroe initially pursued a career in public relations, working for a California-based firm that represented such clients as Russell Crowe, Antonio Banderas, and Jennifer Aniston. From there, she moved to broadcasting, working as an anchor in Texas, where she won two Texas Media Awards. She went on to become the weekend anchor for the Phoenix, Arizona shows, "Good Evening Arizona" and "The News Show". She married Matt Williams, a major league baseball player for the San Francisco Giants, the Cleveland Indians, and finally, the Arizona Diamondbacks. The couple has four children, three of which are from Mr. Williams' previous marriage, and live in a palatial home in Arizona. In addition to her anchoring duties, Ms. Williams is known for her participation in society events, and recently hosted the Arizona Diamondbacks' pre-game show, "Dbacks on Deck" with her husband. She is a member of the cast of the first season of the reality series, "Baseball Wives". 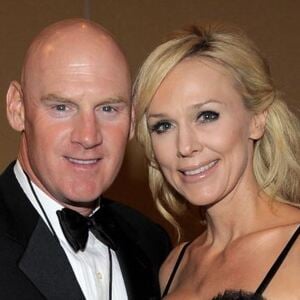