Erick Lindgren Net Worth: Erick Lindgren is an American professional poker player who has a net worth of $1 million dollars. Erick Lindgren was born on August 11, 1976 in California. He currently resides in Las Vegas, Nevada. He has won two World Poker Tour (WPT) titles, two World Series of Poker bracelets, and more than $10 million dollars in tournament earnings during his poker career. He won his first major tournament at the Bellagio in 2002 and followed that up with his first World Poker Tour win ten months later. Six months later, he won the million dollar top prize at the WPT PartyPoker Million III cruise. In January 2005, he finished 2nd in the World Series of Poker Circuit Event in Atlantic City. In February 2005, he finished 5th in the WPT LA Poker Classic and just a week later, he won the second Professional Poker Tour tournament, also in LA in January 2006 he made another WPT final table, finishing 3rd at the 2006 Borgata Winter Poker Open. In June 2006, Lindgren won the $600,000 first prize in the FullTiltPoker.net Poker Pro Showdown event. He is a former member of "Team Full Tilt" at Full Tilt Poker. In February 2008, Lindgren hosted "FTOPS Event #9", part of Full Tilt's series of large buy-in tournaments. The tournament had over 5,600 entrants, and had a prize pool of over $1.65 million. Lindgren won the tournament. As of this writing his total live tournament winnings exceed $10 million which makes him one of the 100 top-earning tournament poker players of all time.

In 2011 after some bad bets, Erick suddenly found himself with "sizable" gambling debts. In November 2012 he went to a gambling rehab program. In 2013 he reached a re-payment agreement with the people to whom he owed money. 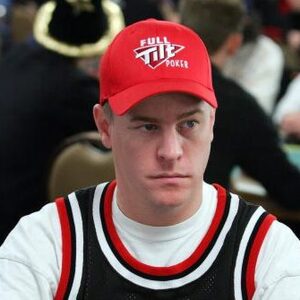