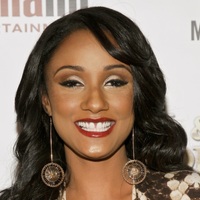 Erica Jean net worth: Erica Jean is an American reality television personality, mother, and nursing student who has a net worth of $150 thousand dollars. Erica Jean was born in the Bronx, New York, and grew up in Queens, New York. She began singing and dancing while she was a child, and was initially focused on pursuing a career in the entertainment industry. She went on to graduate from Howard University with a degree in Theater Arts. She then went on to appear in various productions in and around New York City, including an Off-Broadway production of "Blues for Mister Charlie". She subsequently chose to shift her focus and has since returned to school for nursing. She has one child with rapper, Saigon. She is currently appearing on the VH1 reality series, "Love and Hip Hop", which is currently in its fourth season. The show follows the lives of a group of women who are involved in the hip hop industry through work or relationships.