How much is Eric Wareheim Worth?

Eric Wareheim net worth: Eric Wareheim is an American actor, comedian, writer and director who has a net worth of $2.5 million. Eric Wareheim makes up one half of comedy act, Tim and Eric. The comedy geniuses created TV shows, including Tom Goes to the Mayor and the award-winning Tim and Eric Awesome Show. Wareheim met his comedy partner Tim Heidecker while attending Temple University. The comical relationship began when they made their first film about fathers. The Wareheim-Heidecker partnership began when the duo mailed copies their work to comedian Bob Odenkirk. Their plan worked as Odenkirk liked what he saw and agreed to help the budding stars by passing it on to Cartoon Network. Warehiem and Heidecker's work become the animated hit series, Tom Goes to the Mayor.

Warehiem and Heidecker then went on produce Tim and Eric Awesome Show for Adult Swim (part of Cartoon Network.) The show features an infusion of live action, sketch and animation. The two comedians also appeared in the movie Let's go to Prison and the video game series VideoGaiden. They directed a 2010 Superbowl commercial and have recently directed a series of Old Spice commercials, featuring actor Terry Crews.

Warehiem may make one half of an excellent comedy act, but he has his own projects. Wareheim has been involved in a series music projects, including a new-wave band called Twelve Tone System where Heidecker was briefly a member. During the 90s, Wareheim was a guitarist for duo Adam and Justine. He currently performs in a band called Sola. To add to his many talents, Warehiem directed a host of music videos, for Tommy Spark, Flying Lotus and MGMT. 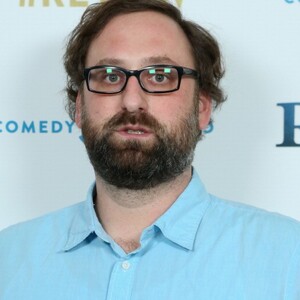