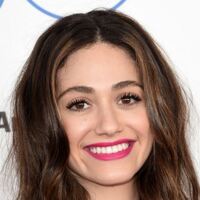 What is Emmy Rossum's Net Worth and Salary?

Emmy Rossum is an American actress and singer-songwriter who has a net worth of $12 million. Emmy Rossum found mainstream recognition for her parts as a teenager in the films "Songcatcher" and "Mystic River." She subsequently had major roles in "The Day After Tomorrow" and "The Phantom of the Opera," and was part of the ensemble of the American television series "Shameless." As a singer, her albums include "Inside Out" and "Sentimental Journey."

Emmy Rossum was born as Emmanuelle Grey Rossum in 1986, in Brooklyn's Sunset Park neighborhood. She is the only child of a single mother, as her parents had separated before she was born. Rossum is of Russian-Jewish descent on her mother's side, and of English and Dutch descent on her father's. At only seven years of age, Rossum was invited to join the Metropolitan Opera Children's Chorus. She sang onstage for five years, often in operas such as "La bohème" and "Turandot." As she became increasingly interested in acting, she took classes with Flo Salant Greenberg, from The New Actors Workshop, and acting coach Terry Knickerbocker.

For many years, Rossum went to Manhattan's Spence School, but dropped out to pursue her career. Later, she received her high school diploma via online courses, and went on to obtain a BA from Columbia University. In 1996, she made her professional acting debut in the television film "Grace & Glorie." The next year, she played the original Abigail Williams on the daytime CBS soap opera "As the World Turns," and appeared in an episode of "Law & Order." Subsequent credits in the late 90s included the miniseries "A Will of Their Own," the television film "Only Love," the ABC series "Snoops," and the Disney television film "Genius."

Career on the Big Screen

In 2000, the same year she portrayed a young Audrey Hepburn in the television movie "The Audrey Hepburn Story," the 13-year-old Rossum made her feature film debut in "Songcatcher," playing an Appalachian orphan. The young actress, who also sang a duet with Dolly Parton on the film's soundtrack, received an Independent Spirit Award nomination for Best Debut Performance. The following year, Rossum was in the biographical drama "An American Rhapsody" and the British thriller "Happy Now?" In 2002, she starred in "Passionada," and in 2003, she played the titular role in the romantic comedy "Nola."

Later in 2003, Rossum landed her first role in a major studio picture, playing the ill-fated daughter of Sean Penn's grieving dad in the Clint Eastwood film "Mystic River." Even bigger parts came the next year, when Rossum starred in the science-fiction disaster film "The Day After Tomorrow," alongside Jake Gyllenhaal, and in the screen adaptation of Andrew Lloyd Webber's musical "The Phantom of the Opera." In the latter, Rossum played the leading female role of Christine Daaé. For her performance, she received a Golden Globe Award nomination for Best Actress in a Musical or Comedy. Subsequent film credits have included "Poseidon," a remake of the classic disaster film "The Poseidon Adventure"; the romantic drama "Dare"; the social media thriller "Inside"; the gothic fantasy "Beautiful Creatures," based on the young adult novel of the same name; the romantic comedy "Comet"; the Hilary Swank-starring "You're Not You"; and the action thriller "Cold Pursuit," with Liam Neeson. 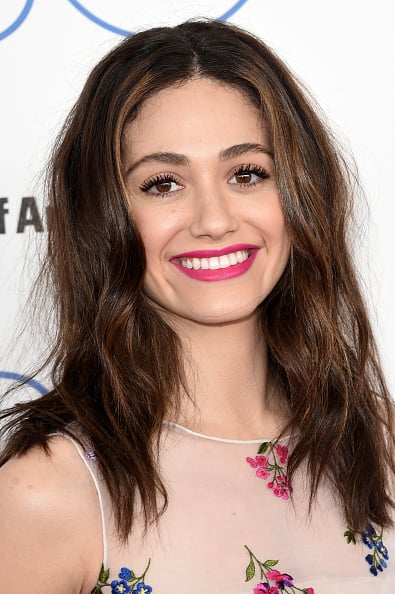 "Shameless" and Other TV Credits

In 2011, Rossum began starring on the Showtime series "Shameless," based on the eponymous British series. From seasons one to nine, she played the character of Fiona Gallagher, the eldest sister of a motherless family headed by dysfunctional dad Frank Gallagher, played by William H. Macy. Additionally, she directed an episode during season seven.

Rossum continued directing for television with a 2017 episode of TNT's "Animal Kingdom," based on the eponymous 2010 Australian film. In 2019, she directed an episode of the thriller series "Mr. Robot," starring Rami Malek. In 2021, Rossum landed her first leading role since "Shameless" on the drama "Angelyne," created by Rossum's husband for the Peacock streaming service. A limited series, it's based on an investigative report of the titular Los Angeles billboard model.

Following her success in "The Phantom of the Opera," Rossum was offered many deals to record classical albums. However, she turned them down, instead deciding to produce something more mainstream and contemporary. In 2007, she released her debut album, "Inside Out," which peaked at 199 on the US Billboard charts. Later that year, Rossum released a trio of Christmas songs on her EP "Carol of the Bells."

Rossum's follow-up album, "Sentimental Journey," came out in 2013. A collection of covers of 1920s and 1960s songs, the Warner Bros. Records album made it to 92 on the Billboard charts, and hit number one in Jazz Albums.

In 2008, Rossum married Justin Siegel. After Siegel filed for divorce due to irreconcilable differences, the two split in 2010. In 2015, Rossum got engaged to writer and director Sam Esmail, whom she had been seeing for two years. They wed in 2017 at a Reform synagogue in New York City.

Rossum has also been involved in many activist pursuits. As a youth, she was a YouthAIDS ambassador. In 2008, she became the spokesperson for the apparel line Pinkitude, helping to raise awareness for breast cancer. Additionally, she has been in PSAs for the Natural Resources Defense Council Action Fund, has fundraised with Global Green USA, and has campaigned with the Best Friends Animal Society.