How much is Eliza Dushku Worth?

Eliza Dushku net worth and salary: Eliza Dushku is an American actress who has a net worth of $20 million dollars. Born in Watertown, Massachusetts, Eliza Dushku began acting when she was in elementary school, appearing in the film, "That Night". She acted throughout high school, playing supporting roles in such films as "This Boy's Life", "True Lies", and "Bye Bye Love". In 1998, she was cast in the role that would make her a household name as Faith on the hit television show, "Buffy the Vampire Slayer". Her character was so popular that her story arc was extended and then became part of the spin-off series, "Angel". Since then, she has appeared in multiple films and television shows, including "Bring It On", "Tru Calling", "That '70s Show", "Ugly Betty", "Dollhouse", "The Big Bang Theory", and "White Collar". In addition to her television work, she has also provided voices for multiple video games, including "Yakuza", "Saints Row 2", and "Fight Night Champion". In 2017 Eliza was hired to be a guest star on the CBS drama "Bull". There had been plans to eventually turn her into a full cast member. Unfortunately, in December 2018 it was revealed that Eliza's time on "Bull" was short-lived after her co-star Michael Weatherly reportedly made inappropriate comments on set. Eliza was written off the show after making a complaint to higher-ups at CBS. Those same executives eventually agreed to pay Eliza a $9.5 million settlement, roughly what she would have earned had she stayed on as a full-castmember for four seasons. 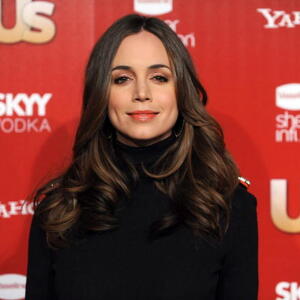