What is Elisabeth Hasselbeck's net worth and salary?

Elisabeth Hasselbeck is an American talk show host and television personality who has a net worth of $16 million. That is a combined net worth with her retired NFL star husband Tim Hasselbeck.

Elisabeth DelPadre Filarski was born in Cranston, Rhode Island on May 28, 1977. She is the daughter of Catholic school teacher and lawyer Elizabeth DelPadre and architect Kenneth Filarski. She has one brother, Kenneth Jr., who is an attorney. Elisabeth graduated from St. Mary Academy–Bay View in East Providence in 1995. She attended Boston College, where she was captain of the women's softball team for two seasons, winning consecutive Big East championships. She graduated from Boston College in 1999 with a Fine Arts degree concentrated on large scale paintings and industrial design. She worked for Puma starting in 1998 when she was still attending Boston College and worked as a member of its design team upon graduation.

Elisabeth Hasselbeck got her start in television when she was cast in one of the earliest seasons of the CBS reality show "Survivor: The Australian Outback" in the 2001-02 season. She was a member of the Kucha tribe and avoided being voided out at the first Tribal Council meeting. She then went on a winning streak until she lost again in episode five. She ultimately became the sole Kucha member remaining and came in fourth place overall on the season. Next, she was a judge at the Miss Teen USA 2001 Pageant. From 2002-2003, she hosted the Style Network's "The Look for Less," helping participants on the show find stylish clothes for budget prices. She was invited back for "Survivor: All Stars", but was one of only two people who declined.

Her stint on Survivor led to an audition to replace Lisa Ling on "The View". She was pushed by her agent, who was eager to showcase her competitive side, to audition. She had previously considered herself a "behind the scenes" person and was not interested in a career in front of the camera. Elisabeth Hasselbeck became a permanent member of the panel on The View in November 2003, where she typically represented the conservative viewpoint.

Over her years on the show, she got into many heated debates, including an August 2006 debate in which she strongly opposed the FDA's plan to sell Plan B as an over-the-counter drug and put forth the opinion that the over the counter access to the pill should be banned even in cases of rape or incest. The moderator Barbara Walters advised Hasselbeck to calm down after she became heated about the topic, and when the live show cut to a commercial break, Hasselbeck ripped up her cue cards and stormed off the set. An expletive-filled off-air rant to Joy Behar was picked up on a hot mic and Hasselbeck threatened to quit. Producer Bill Geddie convinced her to come back to set and Elizabeth and Barbara awkwardly made up when the show came back on air.  Another notable on-air argument was with Rosie O'Donnell in May 2007 concerning the war in Iraq, which Hasselbeck supported and O'Donnell opposed. 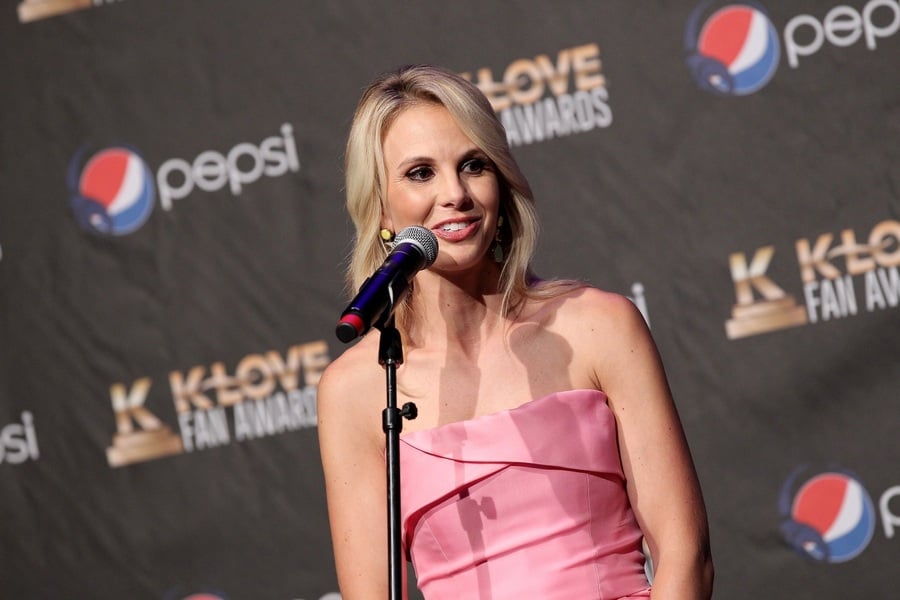 In August 2009, Hasselbeck and her co-hosts won the Daytime Emmy Award for Outstanding Talk Show Host, following over a decade of nominations for "The View" with no win. In March 2013, there were widespread media claims that Hasselbeck was about to be fired from the show, however, on the March 13th show Walters said that the rumors were false. In July of that year, ABC confirmed Elisabeth would be leaving "The View" to join "Fox & Friends" over at the Fox News channel. Her last show was on July 10, 2013.

Hasselbeck's first morning show on "Fox & Friends" was on September 16, 2013. She was hired as a co-host to replace Gretchen Carlson. Hasselbeck helped the show's ratings out–by November, ratings had climbed 9 percent, and increased ten percent in viewers aged 25-54. In November 2015, Hasselbeck announced her retirement with the reason being she wanted to spend more time with her family. Her last day at Fox News was on December 22, 2015.

Elisabeth Hasselbeck married her college boyfriend, the now-retired professional football quarterback Tim Hasselback in 2002. The couple has three children: Grace Elisabeth (b. 2005), Taylor Thomas (b. 2007) and Isaiah Timothy, born in 2009.

Hasselback is a practicing Christian. In August 2014, she publicly condemned the removal of Bibles in hotel rooms in the United States. Even though her parents are liberals, Hasselback is a staunch Republican. She appeared as a keynote speaker at the Republican National Conventions in 2004 and 2008, and appeared at Republican rallies in Florida introducing VP candidate Sarah Palin. She was named among the "25 most influential people in the GOP" by Newsmax magazine in August 2013.

Hasselbeck has often discussed living with celiac disease. She wrote a book on the subject, "The G-Free Diet: A Gluten-Free Survival Guide", which appeared on many bestseller lists. In 2012 she published another book, Deliciously G-Free: Food So Flavorful They'll Never Believe It's Gluten-Free." In 2009, a lawsuit was filed alleging that her first book was plagiarized from a self-published book by Susan Hasset. The lawsuit was dismissed when the plaintiff's lawyer declined to pursue it.  In 2011, Hasselbeck debuted her line of gluten-free products, NoGii. In

In 2019, she published the book "Point of View: A Fresh Look at Work, Faith, and Freedom."

At the peak of her career on both "The View" and "Fox & Friends," Elisabeth earned an annual salary of $3 million.

In 2012 Elisabeth and Tim paid $4.2 million for a large mansion in Greenwich, Connecticut. They sold the house in 2016 for $4.56 million. Around the same time as the Connecticut sale, the couple purchased a six-bedroom Nashville mansion on more than an acre for $2.18 million. During the time Elisabeth was working in New York City, the couple owned several apartments in the city including a $1.6 million two-bedroom apartment and a $3.3 million four-bedroom apartment. 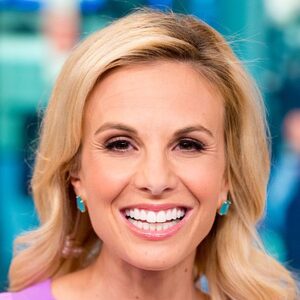