Ed Schultz net worth and salary: Ed Schultz was an American TV and radio personality who had a net worth of $15 million. But how did this net worth come to be? His broadcasting career began in Fargo, North Dakota, as a sportscaster for KTHI and WDAY. It was during this period that the "whiskey bottle incident" occurred – in which he almost got into a physical confrontation with a fan who hurled a whiskey bottle at him took place.

From there, Schultz made the transition into talk radio, where his folksy on-air demeanor belied his surprisingly progressive political point of view. This point of view also made him a natural fit for MSNBC's prime time line-up, on which The Ed Show which ran from 2009 to 2015. Schultz wasn't always the left-wing progressive we know today – he actually started as a conservative republican before changing his views sometime during the Bush presidency. His broadcasting career was not without its share of controversy. At one point he was forced to take a week of unpaid leave from his MSNBC show after making allegedly sexist comments about conservative commentator Laura Ingraham. In January 2016, Ed began hosting The News with Ed Schultz on RT America. Unfortunately Ed died on July 5, 2018 at the age of 64. 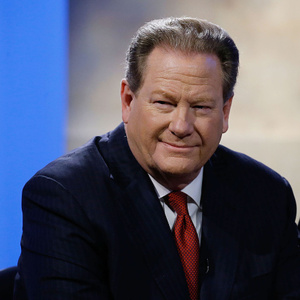