Dwight Eubanks Net Worth: Dwight Eubanks is an American hair salon owner and television reality show personality and who has a net worth of $5.5 million dollars. Dwight Eubanks owns the Purple Door Salon, along with Jamell McDowell, and also appears on Bravo network's reality show The Real Housewives of Atlanta, where he is often referred to as the 'other' Atlanta housewife because of the frequency of his appearances.

Not only is he known for his role on TRHA and his association with the Atlanta salon, but Eubanks is known as the host of many jet-setting events and has also appeared in some small scale movies. He has been known to take part in fashion shows and even hosted the Bronner Brother Hair Show (a 65-year+ production). Eubanks is revered for his fashion sense and, according to his own website, is a Style Purveyor. He prides himself in being attentive to his clients and communicating with them to better understand their needs and requirements. He sometimes works as a guest stylist in cities like New York, Los Angeles, Paris and Dubai. In 2014, Eubanks was reportedly arrested following a routine traffic stop when he was unable to produce a valid ID. This is reportedly the second arrest for Eubanks, in terms of driving-related offenses. 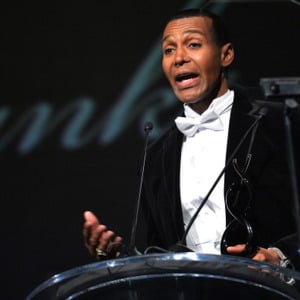