Duggar Family net worth: The Duggar Family is an American family who has a net worth of $3.5 million dollars. The Duggar Family is made up of Jim Bob and Michelle Duggar and their nineteen children. They were made popular by being featured on the TLC reality television show 19 Kids and Counting. The Duggar family consists of father James Robert "Jim Bob" Duggar, mother Michelle Annette Duggar, and their 19 children: Joshua James, Jana Marie, John-David, Jill Michelle, Jessa Lauren, Jinger Nicole, Joseph Garrett, Josiah Matthew, Joy-Anna, Jedidiah Robert, Jeremiah Robert, Jason Michael, James Andrew, Justin Samuel, Jackson Levi, Johannah Faith, Jennifer Danielle, Jordyn-Grace Makiya, and Josie Brooklyn. Father Jim Bob served in the Arkansas House of Representatives from 1999 to 2002, and lost to Tim Hutchinson while running for a United States Senate seat in 2002. Duggar owns several commercial properties and is a licensed realtor. An attempt to have their 20th child ended in a miscarriage. The family are members of the Institute in Basic Life Principles organization and are Independent Baptist Christians. Starting in 2008 the Duggars were featured on the TLC reality television series 19 Kids and Counting. The series ran for 10 seasons and 229 episodes before finishing in May 2015. The spin-off series Counting On debuted in 2015.

Jim Bob and his wife have written two books together. Their four oldest daughters also wrote a book, Growing up Duggar. The couple endorsed Mike Huckabee in his 2008 campaign for a Republican presidential nomination. In 2012 they endorsed candidate Rick Santorum, and in 2013 they started supporting Ken Cuccinelli. 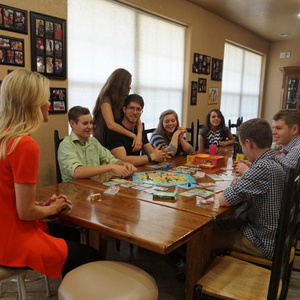